Best public service ever: free ten minute massages! This group has been all over public places in Paris: the Pompidou Center, Paris Plage, Notre Dome, Place Monge and more. One afternoon I peered out of my window on Rue Mouffetard to see a delighted little boy watch his teddy bear get a massage. I think it captures the spontaneity of this group, akin to the Free Hugs group or the  Make Out Not War group in New York City. 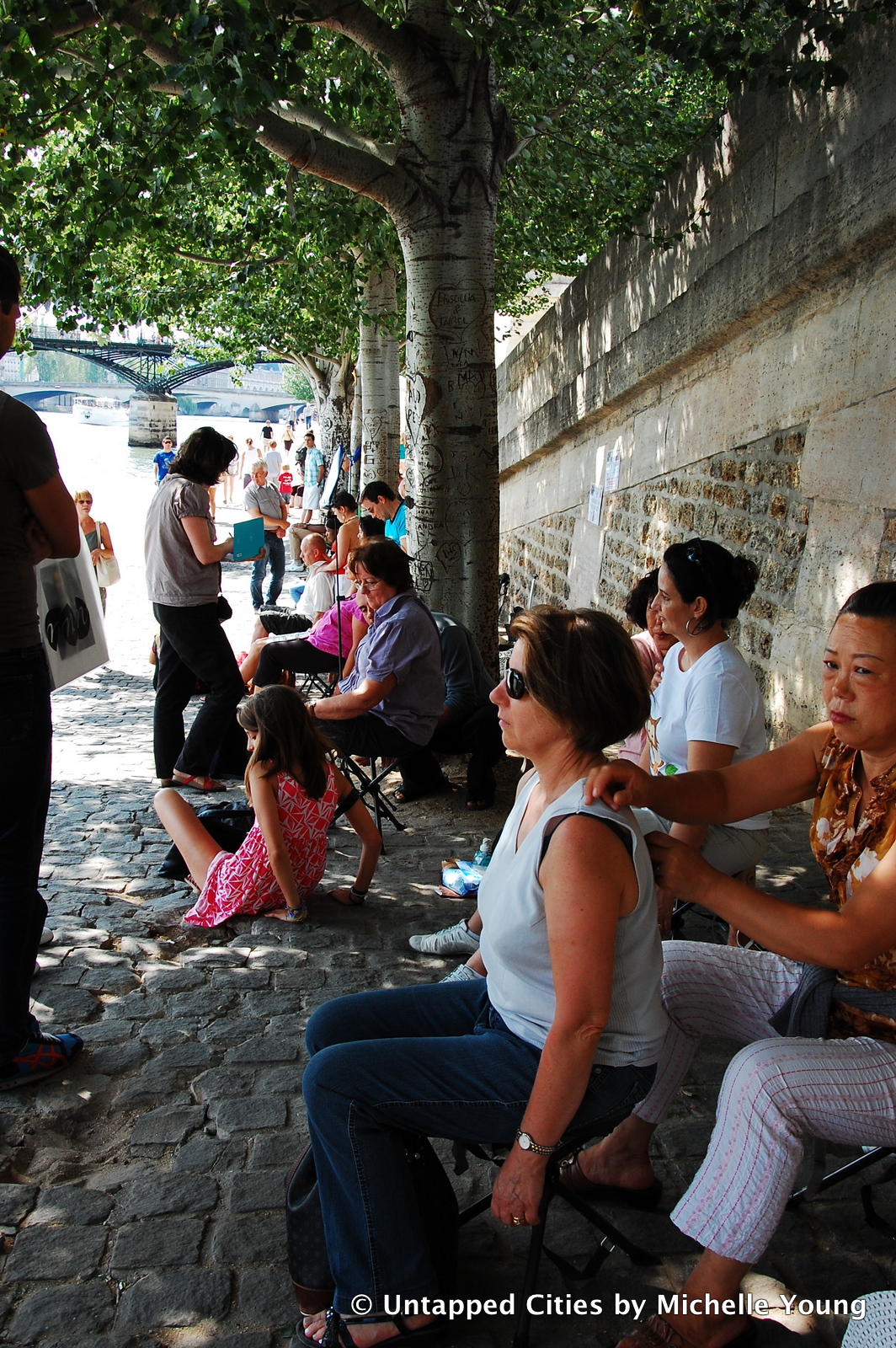 Can I mention the epic day when Free Hugs and  Make Out Not War converged in Union Square? It was love. I was handing out the ever-popular  Make Out Not War stickers and taking photographs when I became inexplicably involved. But I digress…The free massage organization, L’Association de Décontraction à    la Franà§aise, was founded by  André Choukroun (nickname  Tchouk). The free massage idea was just an enterprising experiment for his massage business and was unsurprisingly, a success.