At stake in the East Village are two buildings with remarkably intact Greek Revival architectural details. But perhaps even more than what is physically at risk are the rich histories embedded within. These were the first and only buildings ever constructed on this site, so they date back to when the East Village was nothing but dirt roads and the remnants of the Stuyvesant family farmstead.

The buildings began as the homes of merchant shipbuilders (like nearby landmark, the Merchant’s House), then became multi-family tenements, a synogogue, and finally a utopian/anarchist arts collective called the Uranian Phalanstery. Both buildings were built starting in 1837, and the first owner of No. 326 was actually the shipping company Fickett & Thomas, the company that built the first steamship to cross the Atlantic! Untapped correspondent and writer Amanda Chatel went to check them out yesterday and writes, “those buildings are gorgeous. I peered in the hole where the dead bolt lock used to be, and it was like looking back in time.” 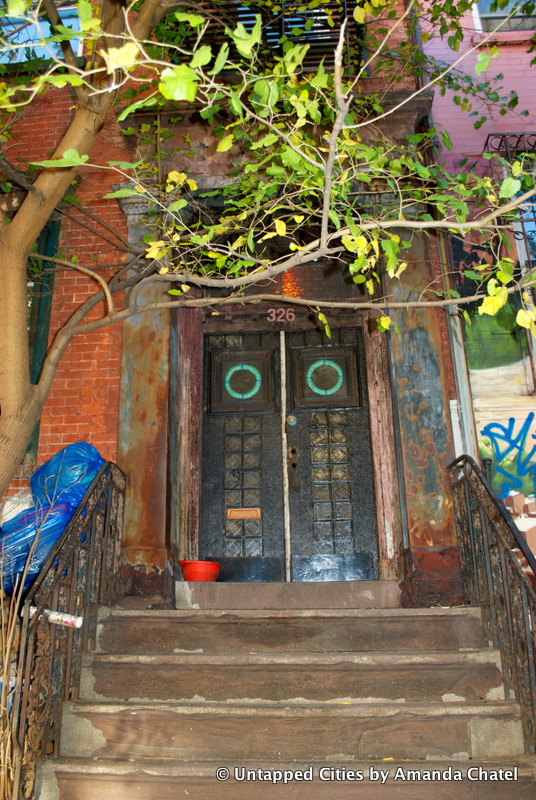 Amanda also tells us, “The buildings are now empty and all that remains of its former inhabitants are the piles of trash outside that no one has cleaned up. I tried my best to get into one of them, although I was partially terrified of what type of squatter would be on the other side of the door. Instead I could only peer in through the small hole where there was once a deadbolt lock; I could see the black and white tiled floor, the dark wood of the staircase and couldn’t figure out for the life of me why this building, and the one next to it, needed to be torn down. They both looked perfect to me.”

The Greenwich Village Society for Historic Preservation and the East Village Community Coalition have been vigorously fighting to save these buildings from demolition by a new owner. They have been joined by City Council member Rosie Mendez,  State Senator Dan Squadron and Assembly member Brian Kavanagh and the Historic Districts Council.  Last month  the State of New York agreed to GVSHP’s assertion that the architectural and cultural histories were significant enough to  qualify them for the State and National Registers of Historic Places, but the City is still resisting landmark designation.  If you ask me, sounds like a pretty standard practice of many cities to allow places to become blighted, and then push through demolition by calling then “unsafe.”  You can already see how much garbage has accumulated.

Front door to No. 328, with doorbell labeled “Ukrainian Embassy”: 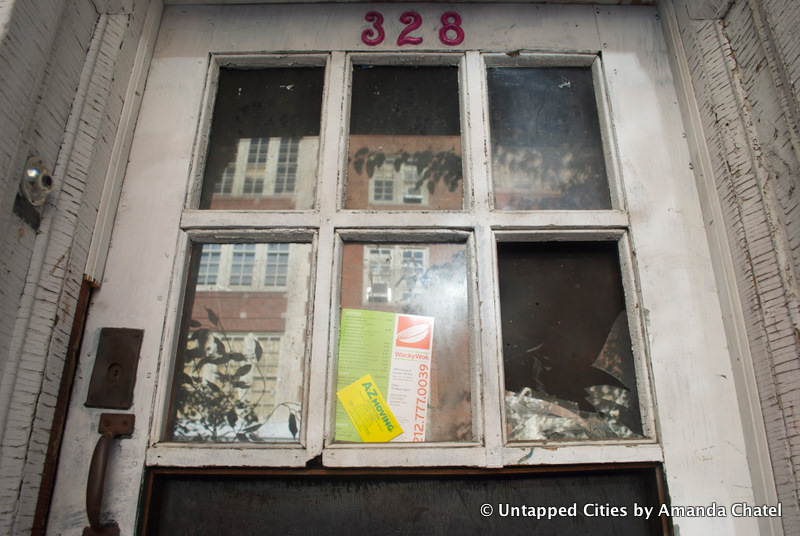 Headless doll with severed hands and broken chairs, embodying the destruction to come:

Happiness restored via the cool mural on the facade of the building next door!