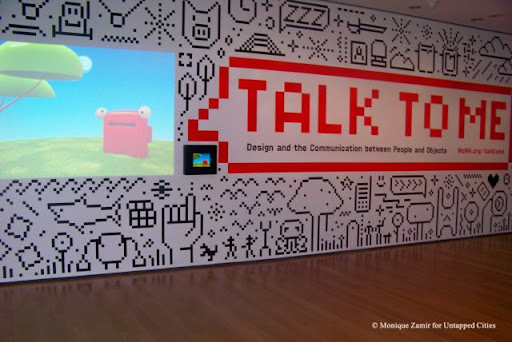 Pop Rally, the events program of the Museum of Modern Art and MoMA PS1, collaborated with Kill Screen (gamer magazine extraordinaire) and Supercrush Studio to bring an interactive and innovative evening of gaming to the MoMA Wednesday evening. Tickets sold out, around a thousand people came, and video games were exhibited on the first three floors and the courtyard of the MoMA. It was an incredible night for gaming, marking its transition from stigmas of sweaty kids playing first person shooting games in their basement to wonderfully complex and detailed games involving intricate art and design work with good story lines or interactive motion-based games. Games exhibited included Bit. Trip Beat, Echochrome, Canabalt, Limbo, B.U.T.T.O.N. , games featured on the iPad, and  a couple  games exclusively available at this event.

The event was inspired by MoMA’s new exhibit, Talk To Me, which explores communication between humans and design objects involving direct interaction. Such objects involve the use of interfaces, information systems, visualization design and communication devices, and according to MoMA’s site, “on projects that establish an emotional, sensual, or intellectual connection with their users.” The exhibit was open for viewing for the duration of the event. The game Buttons required participants to follow commands on the screen  like press or don’t press your button and do push-ups,  to stay in the game. 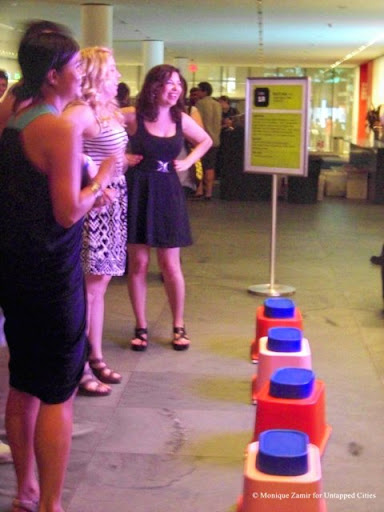 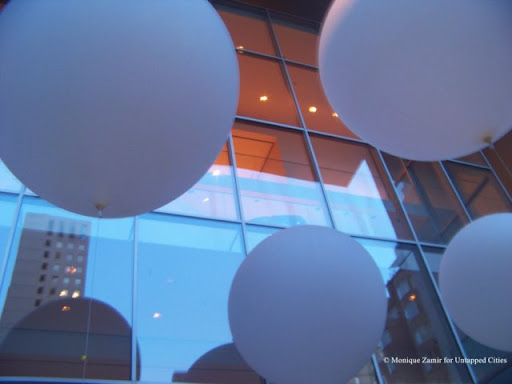 Echochrome, a puzzle game for PS3 and PSP created by Sony’s Japan Studio and Game Yarouze required the player to create their own reality by constantly changing camera angles and manipulating their environment to solve illusive puzzles.  This was the new motion-based Kinect project from Ryan Challinor and Matt Boch of Harmonix, creator of the hit music game Rock Band: Bit. Trip Beat was a modern take on Pong available on Nintendo Wii as well as on the PC. The Wii version is superior. You use the Wii-remote to move the panel up and down to fight off enemy pixels. The music is tuned in to your play so if you miss a pixel you miss a note in the music. I volunteered at this station, the music can be quite infectious.

Cannabalt is a wonderfully simple yet captivating game where the character is outrunning the demolition of the city. Tap and run: Limbo was a puzzle-platform game and the premiere title of game developer Playdead, an artistic game  renowned  for its beautifully dark yet sublime design. 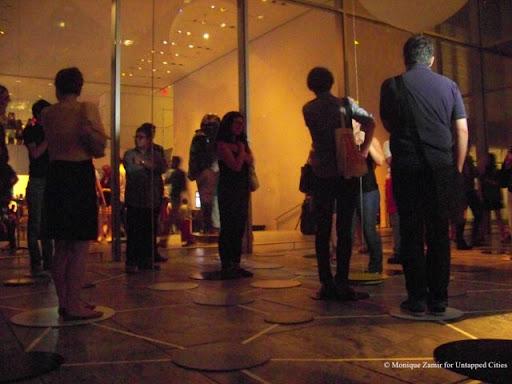 All photo used with permission from Kill Screen. Check out Kill Screen tonight at the Rooftop Film Festival.