On the eastern side of the Shore Haven section of the Bronx, most of the waterfront is parkland. However, between Pugsley Creek and Kane’s Parks, a rather un-green, rather mucky gap of shore is home to, oddly enough, a single sunken barge. 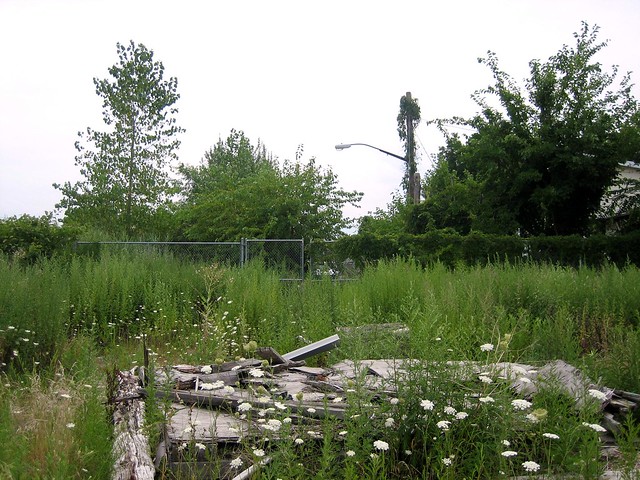 Separated from Cornell Avenue only by a leniently chained fence and flowering weeds up to your knees, the piece of land is idyllic: it features a panoramic water view, with private docks and boats to the left (a momentarily disorienting sight), the Bronx-Whitestone Bridge to the right, and LaGuardia-bound planes almost too close for comfort above. Even the discarded tires and other debris seem to have made a home here; previously submerged, they’re now dried out and hovering around the same discolored, sandy white hue. 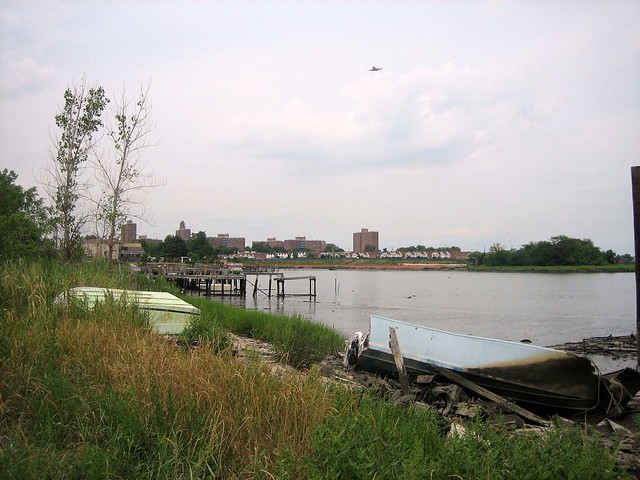 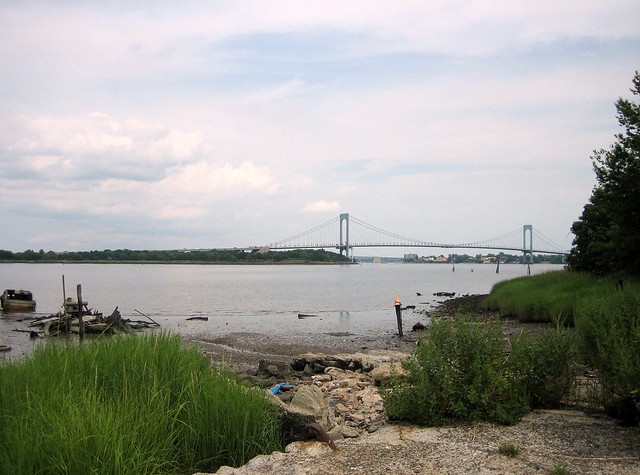 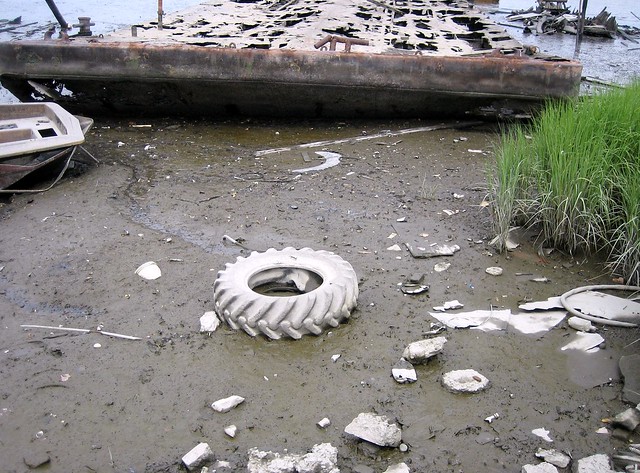