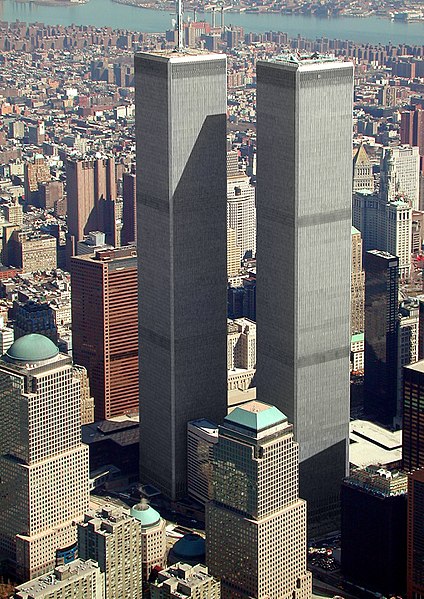 Photo via Wikimedia Commons by jeffmock

1972:  One World Trade Center was the last New York City building to hold the title of World’s Tallest Building. The City lost the title after 84 years in 1974 to Chicago.

The new One World Trade Center (previously called the Freedom Tower) has the symbolic height of 1776 feet, making it the tallest building in the United States.

These days though, the bigger issue may be whether the quest for the world’s tallest building can be justified in terms of real estate speculation. Can all of these new buildings be filled? In the case of the Burj Khalifa, its name change from the Burj Dubai embodies the role of money (or lack thereof) in skyscraper construction–Khalifa is the ruler of Abu Dhabi who loaned $10 billion to help Dubai pay off debts. What drives humanity on this quest for taller? Pride, political competition, or something still rooted in the age old quest to reach the heavens? Regardless, it does not appear that New York City will continue to be a major player in this game. The crown has been passed to Asia, where this type of grand construction can be afforded, at least for now.

Next, read about the top 10 tallest skyscrapers in the world today with over 100 floors. Additional reporting by Michelle Young (@UntappedMich)