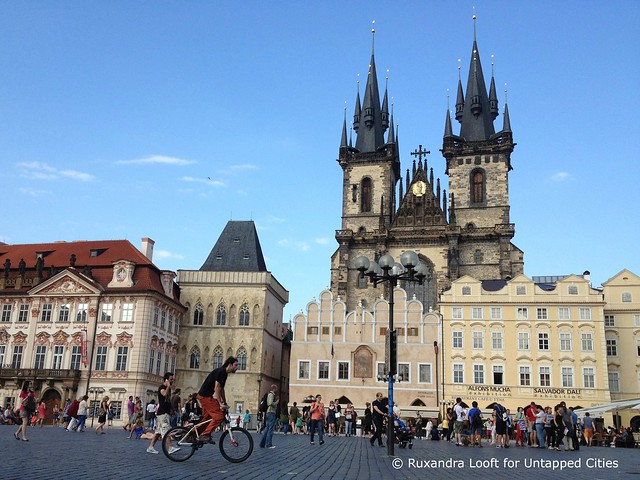 Prague certainly doesn’t hold a reputation for being the most bike-friendly city in Europe. But since its launch in 2001, City Bike Prague (the city’s first bike tour company), has increasingly grown its business of showing tourists the city by bike. Now, with several tour packages, a variety of bike styles (including tandems), and a team of well-informed and enthusiastic tour guides at its disposal, City Bike has become a staple in Prague’s tourism industry. Located just minutes  on foot  from the Old Town Square, the bike rental company is easy to find and perfectly positioned for a guided tour that starts with a bang. First up: Prague’s most famed historical and cultural artifact, the Astronomical Clock. 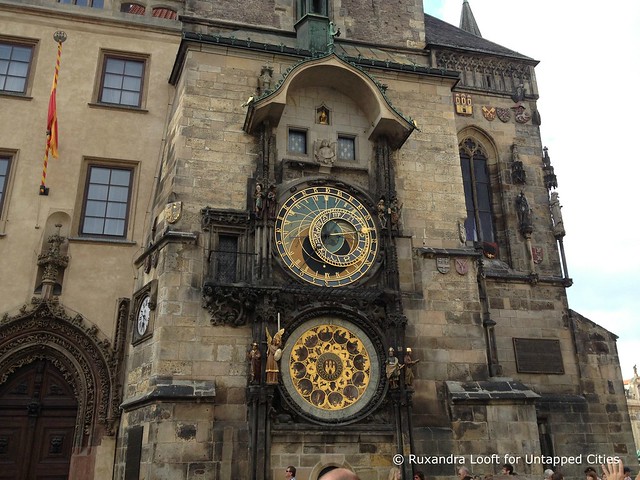 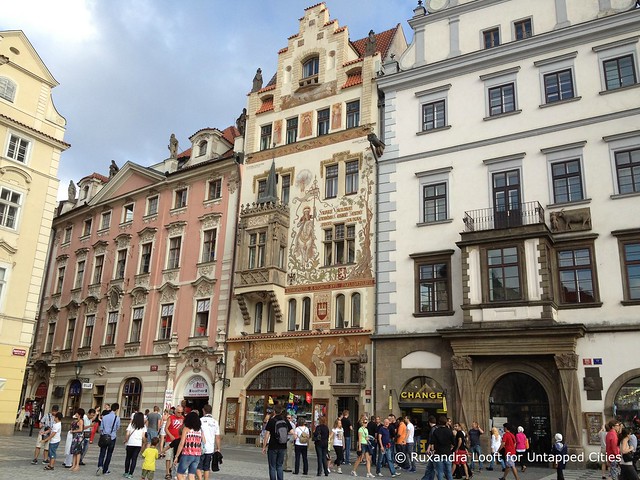 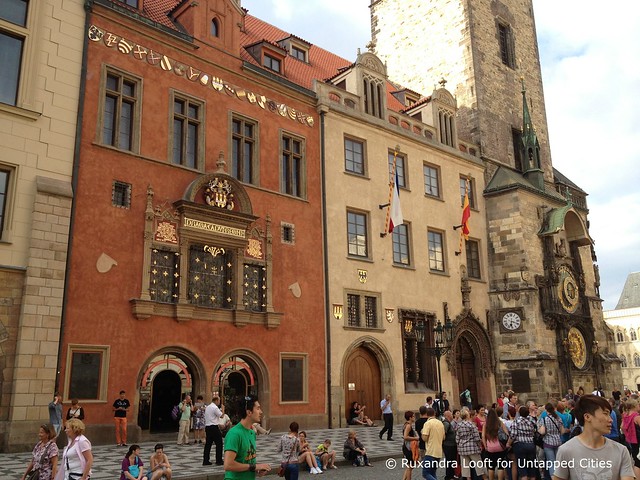 Prague’s Astronomical Clock dates back to 1410, making it the world’s third oldest astronomical clock and the only one still running today. Crowds of visitors gather daily beneath it to watch the dials turn and the figures move at the strike of the hour. The first stop on the tour allows cyclists to pause for a look at the clock and a glimpse at the Old Town Square, with its magnificently painted house facades.

From there, the tour moves on to the Franz Kafka museum, Milunià„”¡ and Gehry’s “Dancing House,”  the Lennon Wall, the Charles Bridge, the Jewish Quarter, and various other art installations and national monuments. (Each tour differs according to visitors’ demands and the events in the city). The tour moves at a manageable pace, making it accessible to recreational cyclists as well as children on youth bikes. 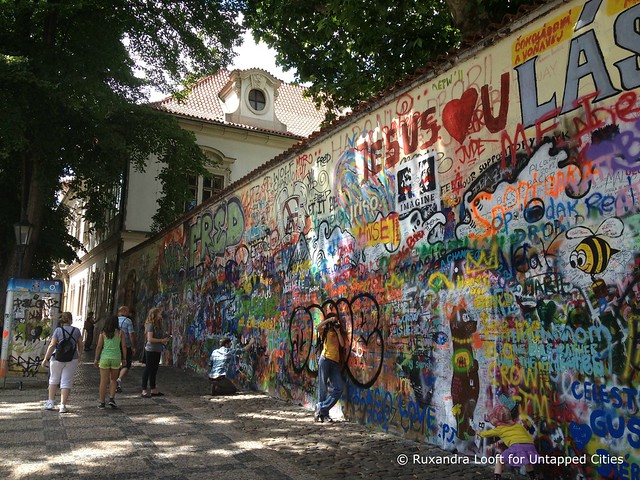 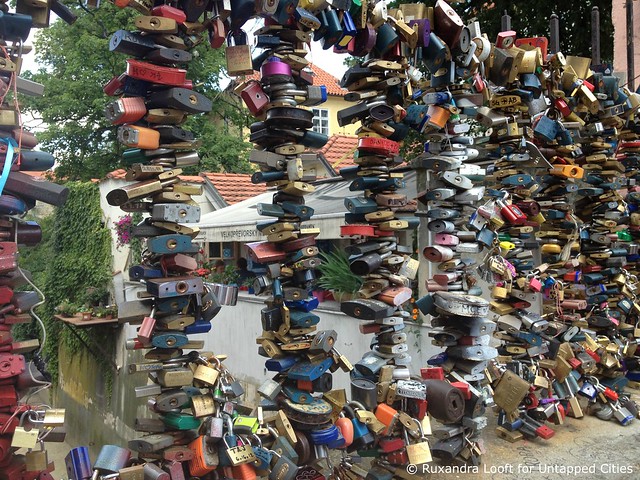 Prague is the fourteenth largest city in the European Union with over two million inhabitants making up its urban zone. The city suffered considerably less damage during World War II as compared to European capitals such as Berlin and Paris, meaning that untarnished and exquisite examples of Art Nouveau, Baroque, Renaissance, and Modernist architecture fill the streets and offer insight into the past. Originals, rather than reconstructed doubles, allow for a view of what Europe might have looked like were it not for the overwhelming damage done by the Second World War. Every quarter boasts unique and elaborately decorated buildings. The only trouble? Keeping your bike moving forward while resisting the temptation to only look up.

Although cars and pedestrians do not defer to cyclists as they might in more bike-friendly cities such as Amsterdam, being part of a group allows for added visibility and comfort. A knowledgeable tour guide also knows to lead the group through the more traffic-light parts of the city, avoiding large intersections and more heavily populated streets. Our tour guide, an Irish native, had been living in Prague for over a decade and knew the city as well as any local. Providing us with a narrative informed by both his status as permanent resident and his experience as an outsider, he showed us a Prague both rich in cultural history and fraught with the demands of a changing European landscape. And at the end of the tour, he left us with a cold beer in hand (courtesy of every City Bike tour package), and a host of information to be processed. The tour offered the perfect introduction to a city brimming with sights, giving us a general overview to help us answer the inevitable tourist question of, “now what?” 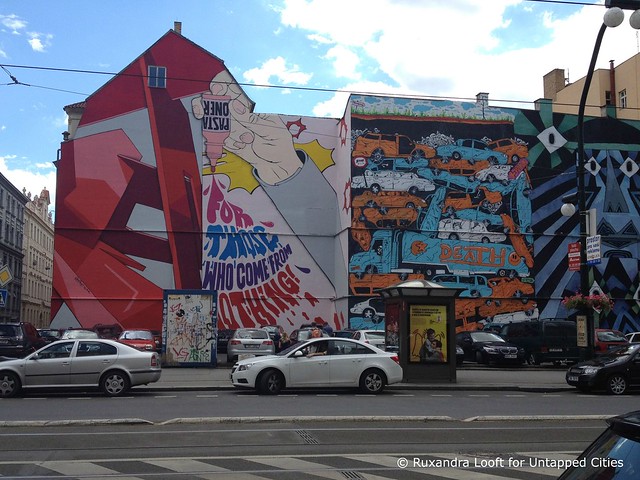 Having taken the tour on day one of our trip, we gained a better understanding of the city’s layout and were able to commit to memory routes that most closely resembled the walks we would later do on foot. The advantages of biking is that it makes possible to meander through alleys and parks that are inaccessible to automotive traffic, mirroring how one would experience a city as a pedestrian. Added bonus: one moves at a faster pace and covers greater distances, seeing much more of a given place than one would on foot. And with the promise of beautiful sights and a cold beer at one’s destination, it’s easy to see why touring Prague by bike has become an increasingly popular way to discover city of a hundred spires.

Get in touch with the author @SimplyBike.