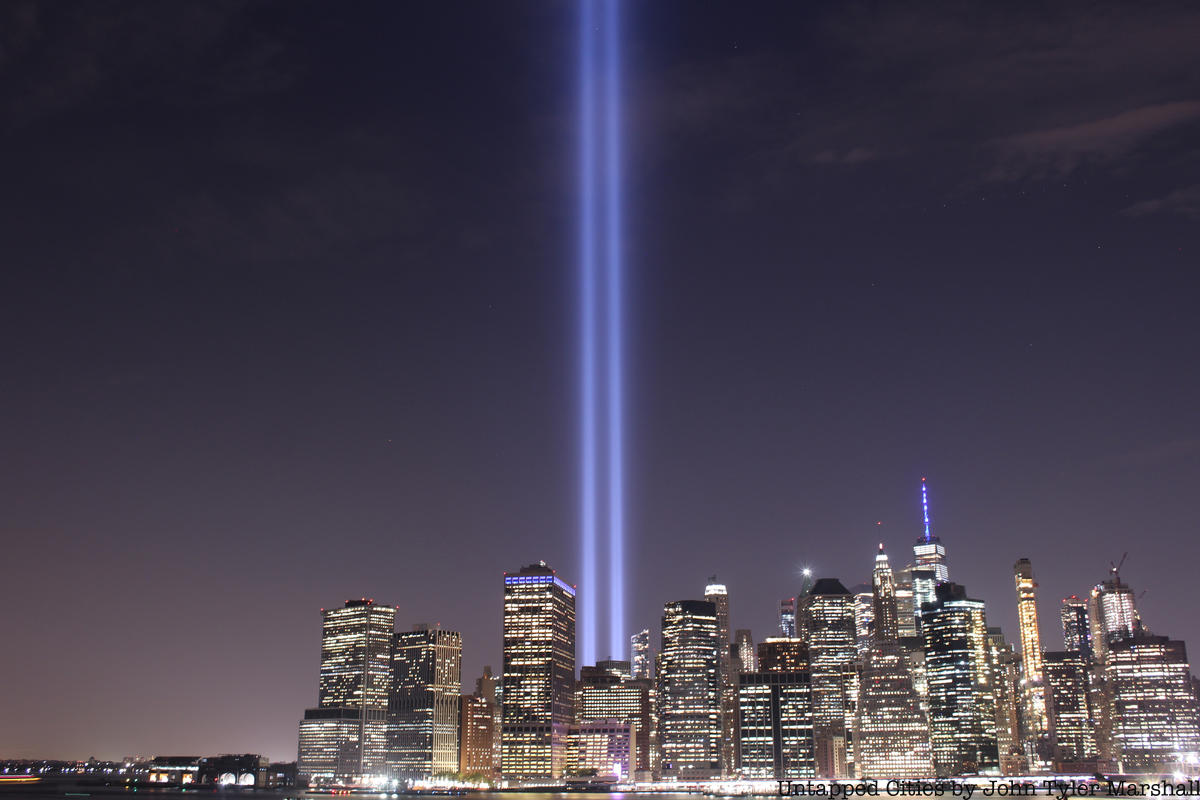 Get yourself downtown tomorrow night because the Tribute in Light begins at sunset on 9/11, ending at sunrise on 9/12. This installation of 88 searchlights is set up in Ground Zero has been a tribute of the towers that once stood for over a decade.The lights can be seen from as far as 60 miles away on a clear night. The tribute has seen a lot of controversy, including several termination dates, but ultimately the installation remains a major spectacle of New York City’s ceremonies on this date, now taken over by the 9/11 Memorial and Museum. We previously went behind-the-scenes into the installation of the famous lights, with photos here.

See our other recommended places to commemorate and remember the event.