Music venues can play a dynamic role in the neighborhood they are located in. Many music venues in New York City have a prior history as bodegas, factories, stores, printing press and more, and were repurposed for live music. As you read through the quirky history of these spots, think about the changing atmospheres of the neighborhoods they’re in. Have the venues changed the place, or has the place inspired the venues? Located at 95 Stanton Street, this venue was actually once a grocery store. Arlene’s Grocery took over a Puerto Rican Bodega and the butcher shop next door to become the two room music venue it is today. Arlene’s grocery featured bands such as The Strokes and the Bravery during its heyday. It now devotes itself to unsigned indie bands and Karaoke Fridays. We happened to walk in during their CMJ party, and we stumbled in to a free performance by Ski Lodge – check them out! 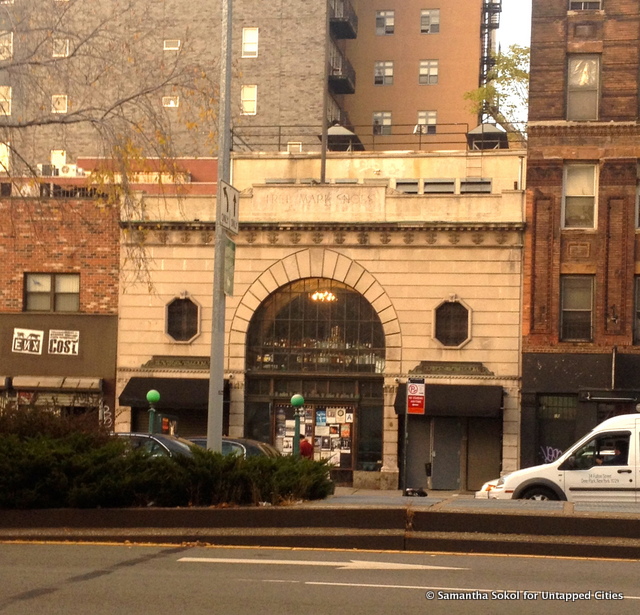 While most are familiar with this venue, you probably didn’t know that it was originally a mayonnaise factory! After taking out the mayo, this venue established itself as “North Six” (creative name for its location on North 6th Street), featured DIY avant garde bands. It became the Music Hall of Williamsburg we know today when Bowery Presents bought it in 2007.

Located on Kent Avenue, Glasslands started out as an ordinary warehouse. It was then converted to a “homegrown community artspace.” What that is exactly we’re not sure, but all that matters is that currently, Glasslands serves as a “psychedelic venue parthaus.” AKA, something certainly worth your Saturday night. Check out their halloween party happening October 26th , here. The Bell House during the Ice Cream Takedown

Located in Gowanus, Brooklyn, The Bell House opened in 2008. Before it was the cozy two room music venue it is today, it was a printing press established in the 1920s. The Bell House hosts tons of quirky events like a 90s Prom Halloween party, and a tour of the roots of Dubstep. It provides a more natural feel to the crumbling bricks of Gowanus. Irving Plaza first opened as Irving Hall in 1860. Irving Hall hosted balls, lectures, and concerts at its Union Square location. It then transitioned from a German Theatre, to a Burlesque house, to a Yiddish theatre, French and Soviet film house, and finally a Polish Army Vet community center. It finally opened as Irving Plaza in 1978, where it hosted acts like Bob Dylan, U2, The Dave Matthews Band, and Red Hot Chili Peppers.

Interested in more NYC music venues? Check out this art gallery which also holds concerts.To read about the music scene elsewhere, check out these articles about Austin and Holland.