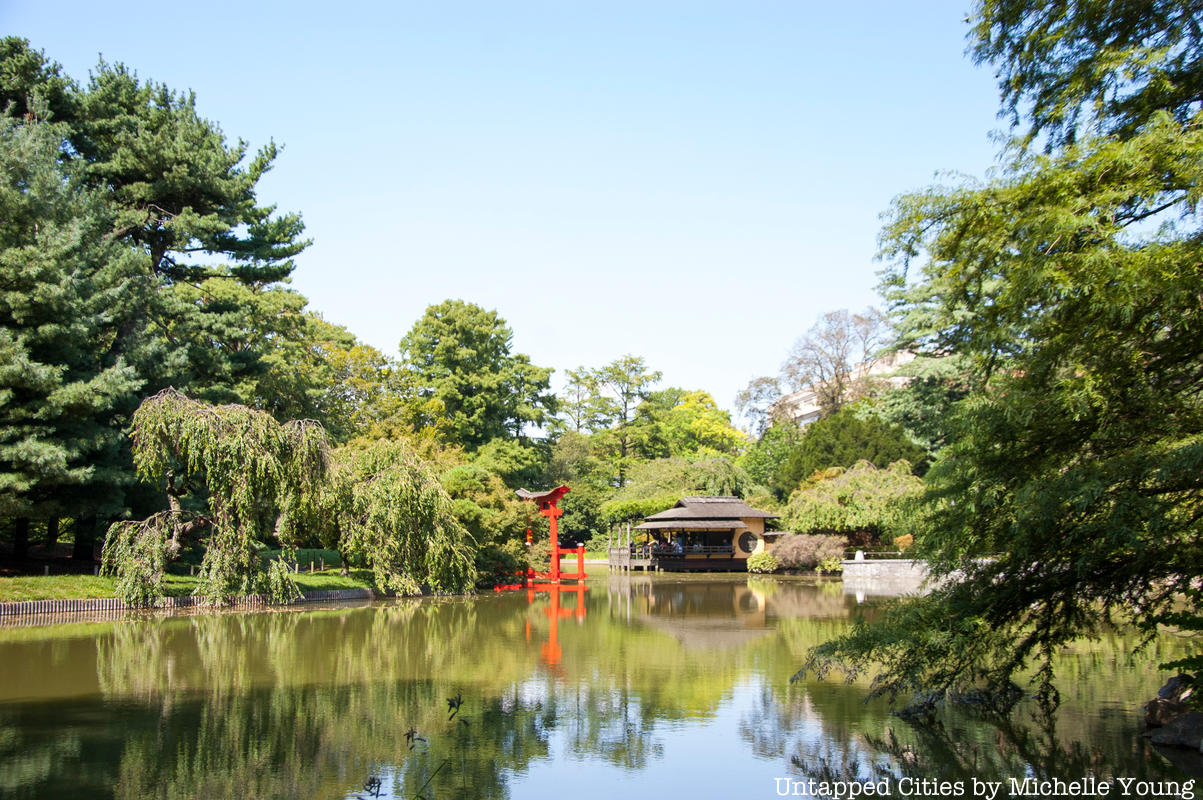 While New York City is an exciting and energetic city, the chaos of all the noise and people can get quite frustrating. Luckily, there are 7 botanical gardens throughout the city to offer you some respite. One of them is the Brooklyn Botanic Garden in the Prospect Park neighborhood. At 39 acres it may not be the largest, but it is still rather beautiful with various exhibits for all ages and people. It also offers some nice perks, such as an annual Cherry Blossom Festival, Chile Pepper Festival, and many other fun events. In honor of the warm weather and coming spring, we put together our top 10 secrets of the Brooklyn Botanic Garden. The Japanese Hill-and-Pond Garden under re-construction

Before the intense development of New York City, Long Island, Manhattan and the Bronx were a marshy wasteland shaped by the Wisconsin Iceberg. Once development started, the marsh was transformed into a bustling city. The land around what would become was converted into Prospect Park in a land acquisition in 1864, but the land that would eventually be the Brooklyn Botanic Garden was an ash dump throughout the 1800s (like the Corona Ash Dump, forever immortalized as the Valley of Ashes in The Great Gatsby).

The 39-acre land would become reserved by the State of New York for a garden, but would not begin developing into one of the best representations of urban gardening and horticultural display until 1911 when a local flora section, today the Native Flora Garden, was laid out.