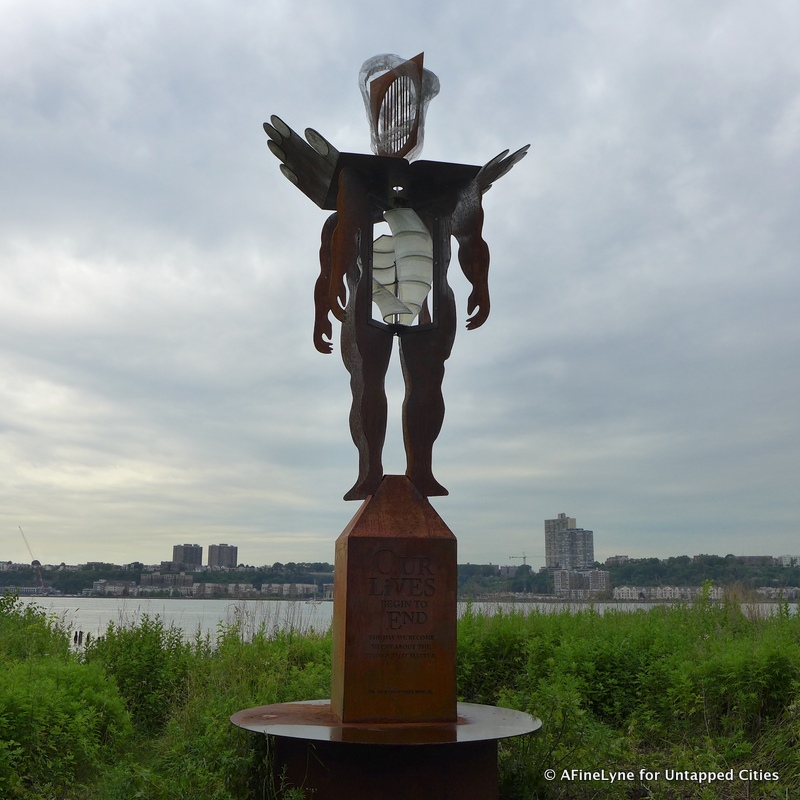 The Art Students League “Model to Monument” (M2M) sculptures arrived in Riverside Park last week. This years theme is “Art in the Public Square,” exploring goodness, roots, perspective, nature in the city, and social cohesion. Models to Monuments is a professional development program for emerging artists, under the direction of The Art Student’s League instructor Greg Wyatt, who is well-known in his own right for the “Peace Fountain” at the Cathedral of St. John the Divine. M2M works in partnership with New York City Parks Department.

This is the sixth and final year for M2M in Riverside Park. A new location will be announced for next year. Seven artists were chosen this year, and the seven sculptures will be on view from 59th Street to 69th Street through May, 2017. An additional collaborative sculpture will be on view later this month in Van Cortlandt Park. You might recognize the name of artist, Aaron Bell, since his piece entitled “Stand Tall, Stand Loud” has been in the news recently, as the controversial sculpture bearing a noose atop a metal body. Selected as one of the pieces for the Models to Monument program, “Stand Tall, Stand Loud” was created as a statement against hate and bigotry, in keeping with this years’ theme.

While The Art Students League supported his piece, New York City Department of Parks objected to the noose. It was either lose the noose, or lose the coveted spot overlooking the Hudson River. The noose was reluctantly replaced with two wide open mouths, which stand for speaking up for your rights. The Rev. Martin Luther King Jr. was Bell’s inspiration for “Stand Tall.” It was intended to “generate the type of dialogue that will help people recognize the common ground of decency and respect that we all stand on.”

On the base of his piece, these words are inscribed: “Our lives begin to end the day we become silent about the things that matter.” As it stands, overlooking the Hudson River, it has done just that, generating discussion among artists and writers alike. Indeed Mr. Bell accomplished his mission.

Untapped Cities learned that after further consideration, on July 22nd, the New York City Department of Parks allowed the artist to move forward in allowing the original installation, with noose, to be placed atop the metal body. The sculpture, now reflecting the artist’s original intention, stands tall overlooking the Hudson River near 70th Street. 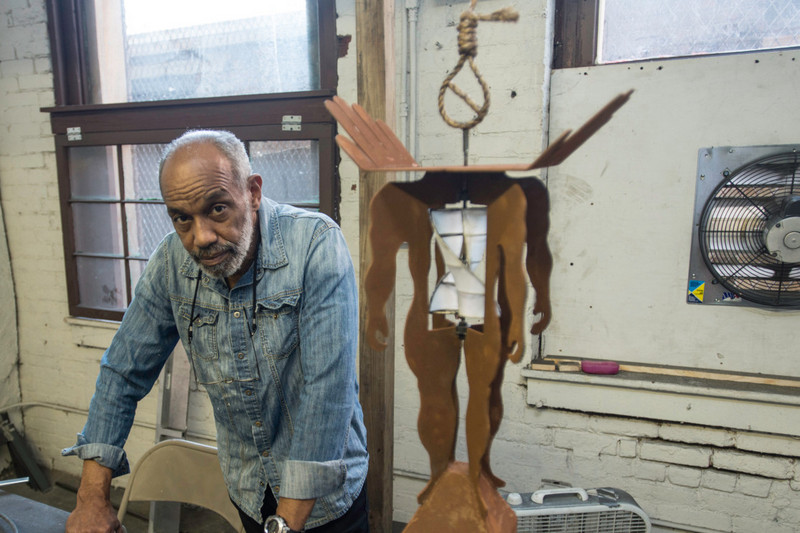