When the U.S. entered World War II, Macy’s gave up its helium to the war effort since there were rubber and helium shortages. They also donated the balloons, which consisted of about 650 pounds of scrap rubber, to the government. Another helium shortage in 1958 forced Macy’s to fill the balloons with air and hoist them with trucks and cranes along the parade route that year. 7. The First Human-Based Balloon Was of Entertainer Eddie Cantor In 1934, the multi-talented, American entertainer Eddie Cantor became the first person to have a balloon made of him. You may know Cantor from some of his famous songs, like “Yes! We Have No Bananas” and “Merrily We Roll Along.”

6. Since His First Appearance in 1968, Snoopy Has Been the Most Featured Balloon in the Parade’s History

At the 2019 ballooon inflation, we ran into Macy’s Balloon Technician Alan Gallagher, aka Moose, who was holding a 3D printed model of the Yayoi Kusama balloon which was about to be inflated right in front of us. The 3D models are used to make the pattern for the full size balloon. Each balloon is made up of several different pieces and chambers. Kusama is one of the long list of famous designers who have created balloons for the parade.

In 2011, the famous director Tim Burton designed a balloon featured in the parade that truly reflected the macabre creativity evident in his films. The balloon, called “B. Boy,” had a rather gruesome backstory.

B.Boy was put together from rejected birthday party balloons left over from children’s parties at a hospital. Since he wasn’t allowed to play with other children, he went to his basement home and delved into the the world of his favorite film called The Red Balloon. Like the character in the film, he hoped that he’d be able to fly high and bring joy to a small child. B. Boy received a lot of attention on social media. 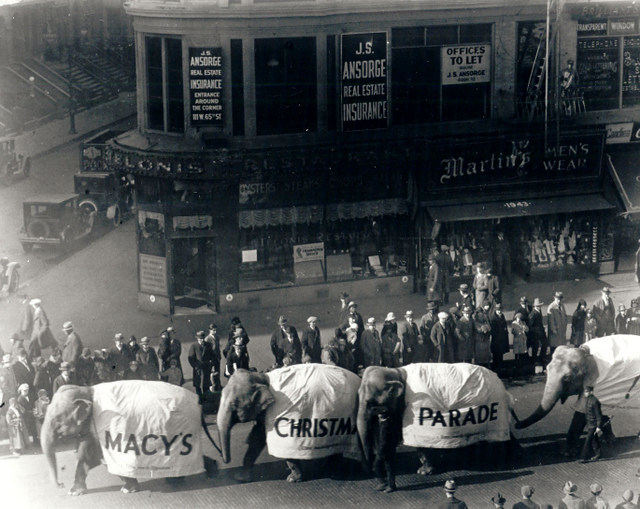 3. The Balloons Used to Be Released Into the Air After the Parade 2. The Macy’s Floats are Stored in Small Boxes While Being Transported