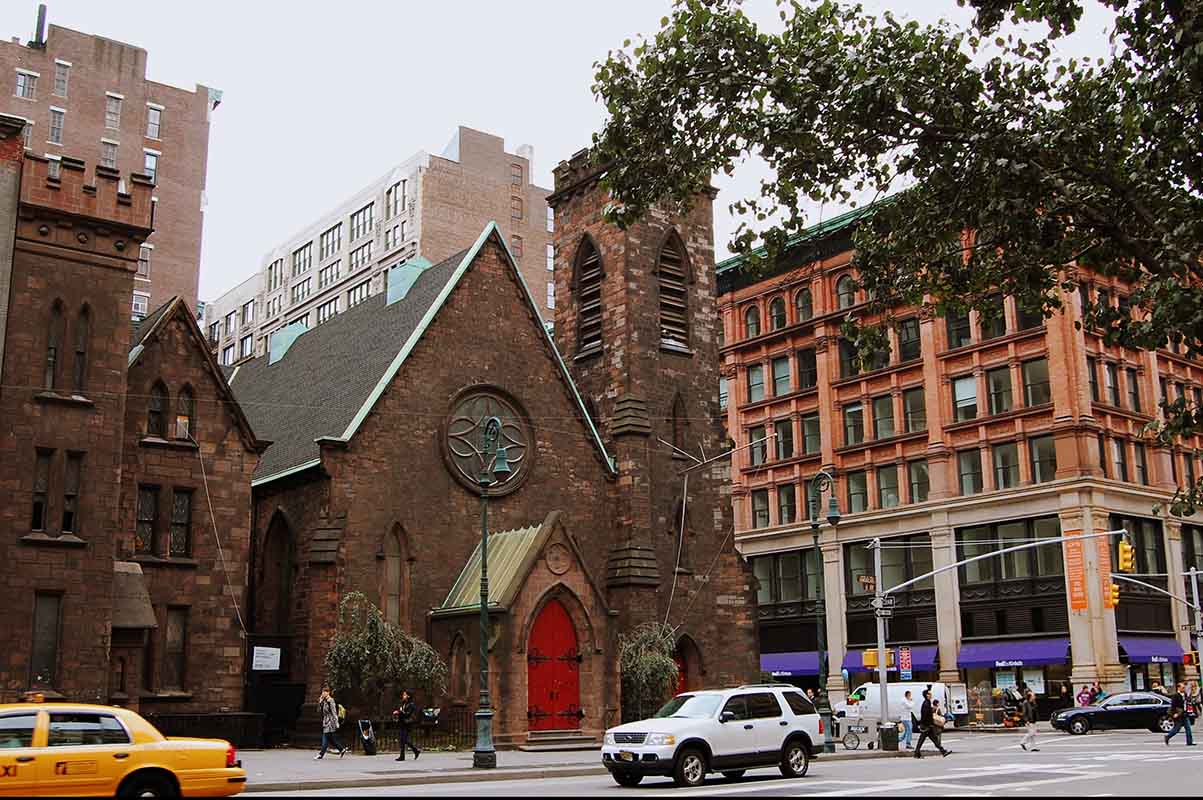 The Postmark Cafe is an independent non-profit now, but it was started by Brooklyn‘s Church! of Park Slope. With its family-friendly vibe and bustling atmosphere, its insides feel less than church-like. It serves coffee and offers free wifi, making it a decent place to park down for a while.
The coffee shop was actually the subject of a bit of controversy back in 2005, when members of the Church! advertised a storytelling workshop at the Postmark. It turned out that the workshop was actually a Christian workshop, which angered some parents who had unknowingly sent their children. Community members later discovered that the church and coffee shop were being financed by the Orchard Group, which focuses on placing churches in so-called “resistant areas.” The story made the New York Times, partly due to the interesting questions it raised about religious freedom and spatial ownership.
The cafe hosts plenty of non-religious events, including acting workshops and barista training classes.