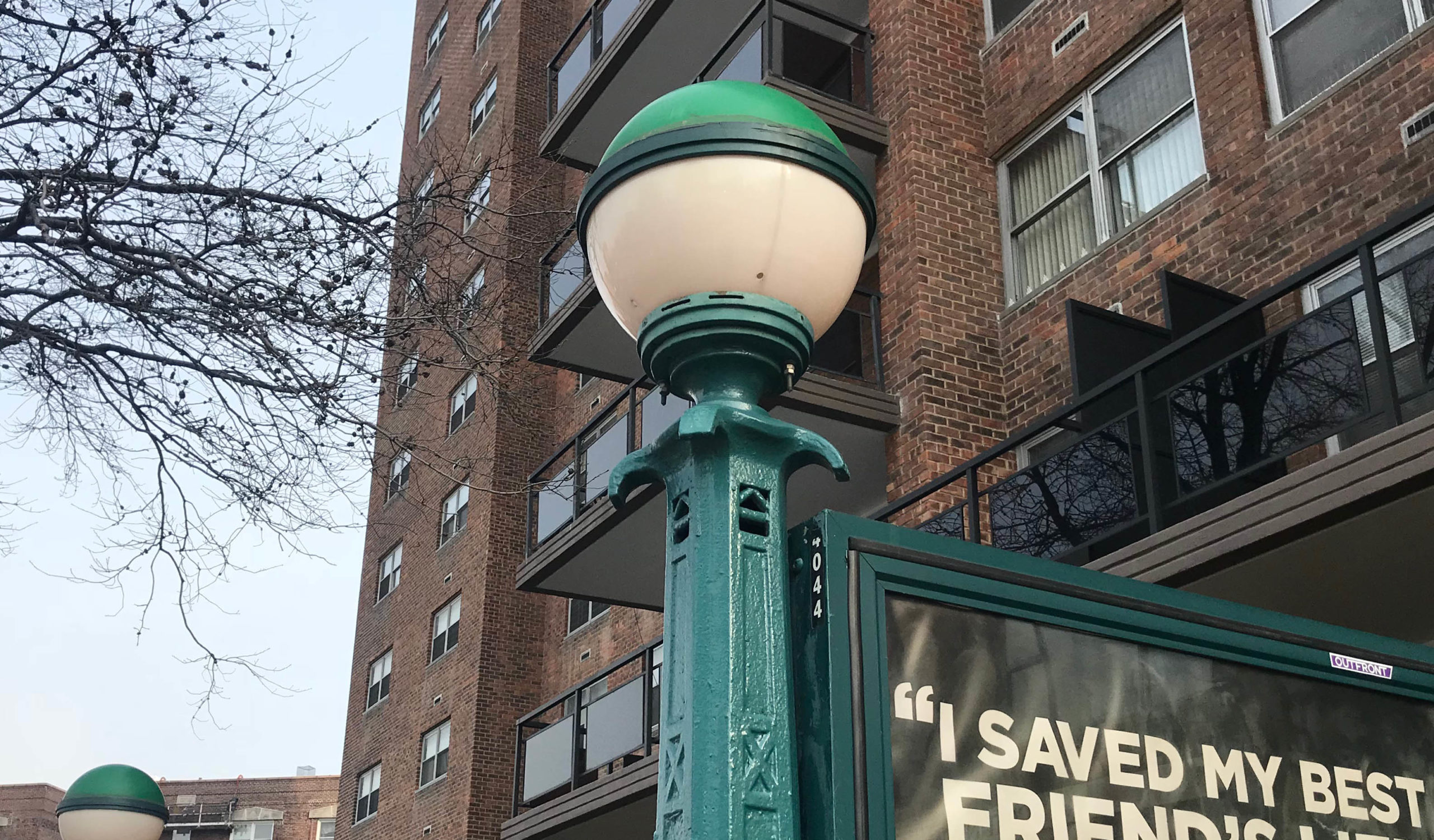 The answer is surprisingly simple, though these recognizable, color-coded orbs certainly have had a history marked by uncertainty and confusion. New York City’s seemingly omnipresent subway globes are more than decoration or light fixtures: they were initially designed to identify the different types of subway entrances.

Nowadays, the full green and half green globes indicate that a specific station entrance is open. According to Marisa Baldeo, a spokeswoman for the MTA, a red or half red globe signifies that the station is exit-only, that it’s permanently closed, or that it is a privately-owned easement entrance. There is actually no distinction between the full color globes and the half-color globes, the latter being introduced in the mid-1990’s in an effort to make them brighter and more visible.

The original system was created in the 1980’s, when the token was still used as fare, and employed a traffic light color scheme of green, yellow, and red. The different colored globes were meant to convey to travelers whether a specific subway entrance was open 24/7 with a token booth, open with a part-time token booth, or closed all the time with no booth (serving only as an exit point). The system seemed to be consistently mired in confusion, particularly when the yellow orbs were phased out and replaced by red globes in an attempt to simplify them. The introduction of the MetroCard in 1994 further complicated the meaning of the lights, as previously red-globe “Exit Only” stations were equipped with full-body entrance-and-exit turnstiles. It is also common now to see subway stations with signs specifying them as “No Entry” or “Exit Only” in addition to a red or half red globe. Although many people remain unaware of the significance of these globes, it is evident that they still serve a purpose other than indicating where an entrance is located. Their meaning definitely has changed over time, but the general rule of green means “go” and red means “stop” still applies. What has changed is that each station is equipped with one staffed control area. Additionally, MetroCard Vending Machines (MVMs) are available at every station entrance, so MetroCards can be purchased and refilled day or night at any station.

For more information on the NYC subway, check out this old fleet of white subway cars and read about why MetroCards have slanted edges and holes.