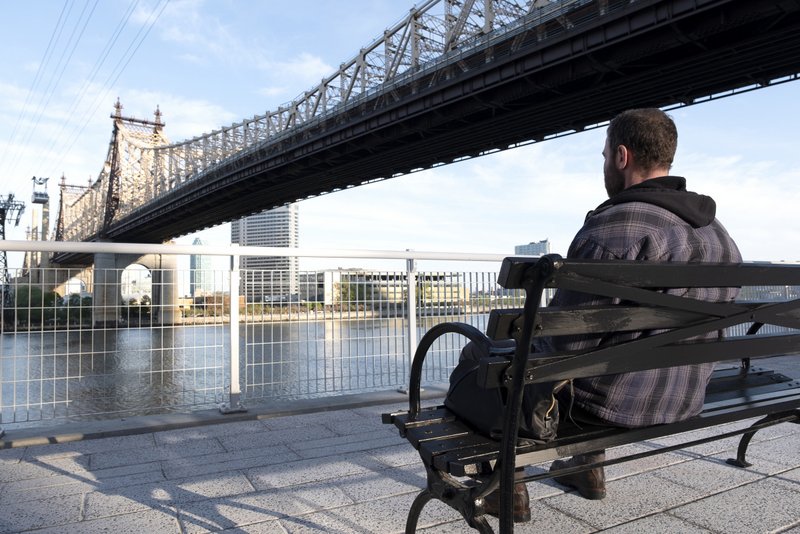 Things are dark with Ray Donovan, as the Showtime series returns for its sixth season, set in New York City. We see Donovan the fixer, in rough shape, jump off the roof of a building on the East River. This is shown in the finale of the fifth season, but we see the scene now from the perspective of a police officer who saves him. The recap at the opening of the first episode shows Donovan walking through Lower Manhattan, ending up in Midtown following his wife, who died of cancer a year prior, to the top of a building. Mixed are scenes with Samantha Winslow (played by Susan Sarandon) and shady movie executive Doug Landry (Mitchell Gill), whom Doug kills and stages as a suicide in season five.

In a fugue-like mental state, Donovan is shown wandering the streets of Lower Manhattan. We see the height of the Four Seasons Hotel in Lower Manhattan (with a shot of the Woolworth Building, when it still had scaffolding from the residential conversion on the top floors), and the entrance of the hotel which Donovan enters. It’s named the Eddington Hotel in the show, which is a fictional hotel.