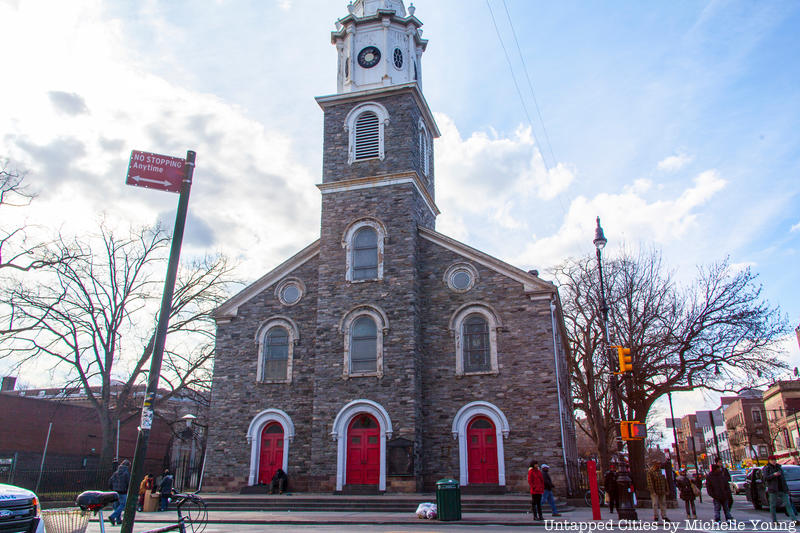 The Flatbush Reformed Church, on Flatbush and Church Avenues, is one of the oldest churches on Long Island, and it was the first on Long Island to be incorporated by the state in 1784. The original church in Flatbush was built in 1654, under the direction of Governor Peter Stuyvesant. It was built in the shape of a cross and had a stockade for protection against Native Americans.

The current church edifice, constructed 1793-1798 on the site of the previous one, is made of Manhattan schist that was quarried at Hell Gate. The foundation includes stones from the original building. Beneath the church are buried American soldiers who fought in the Battle of Long Island. The church occupies the site in longest continuous use for religious purposes in the city. The clock and bell in the church’s tower date to 1796 and are of Dutch make. The bell has tolled for the death of every United States President and Vice President.