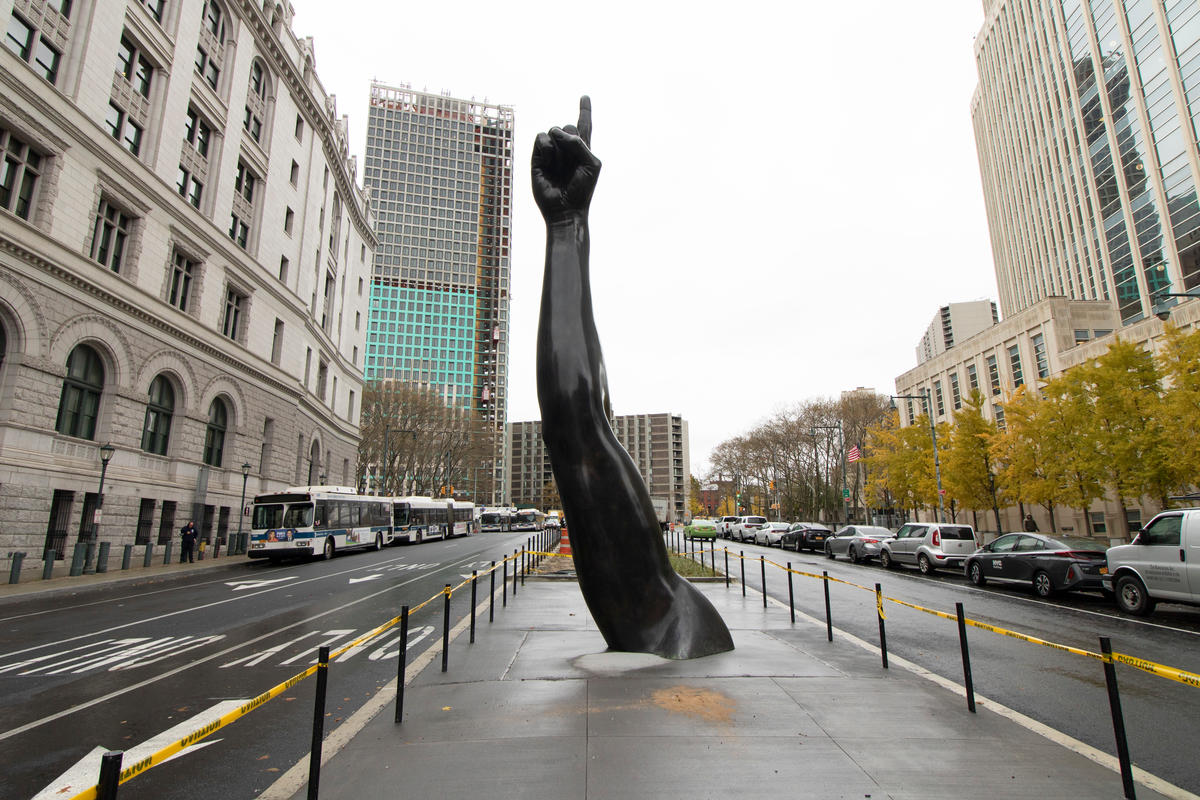 Breaking through the sidewalk, amongst the new construction and historic buildings of Downtown Brooklyn, a giant, muscular arm, pointing upwards, rises towards the sky. This new public artwork at the intersection of Tillary and Adams Streets is a sculpture by artist Hank Willis Thomas. The 22.5-foot bronze arm greets people near the Brooklyn entrance to the Brooklyn Bridge. Titled Unity, the piece is meant to represent the ambitious attitude of Brooklyn.

Modeled after the arm and hand of NBA athlete Joel Embiid, the sculpture is of an outstretched arm pointing towards the sky with its index finger. The sculpture, which took five years to create, was commissioned by New York City’s Percent for Art program. Unity echoes the aesthetic and themes of Thomas’s previous sculptural works, such as Liberty. That sculpture, which was cast from the arm and hand of NBA All-Star Juwan Howard and inspired by a photograph of a Harlem Globetrotter, featured a basketball spinning atop a finger. You can see it now in the Brooklyn Museum. In a press release for the sculpture, Thomas said, “This sculpture is a homage to, and celebration of, the unique and multifaceted character of the borough of Brooklyn. The spirit of Brooklyn has always been about upward mobility and connection to roots.” Thomas also said the sculpture was a call to action to have people literally look up. All around the area where the sculpture is placed, and all over Brooklyn in general, new buildings are rising up. Some see the sculpture as Brooklyn loudly proclaiming itself as the #1 borough. We’ll let you decide for yourself. Next, check out The Top 10 Secrets of Downtown Brooklyn in NYC