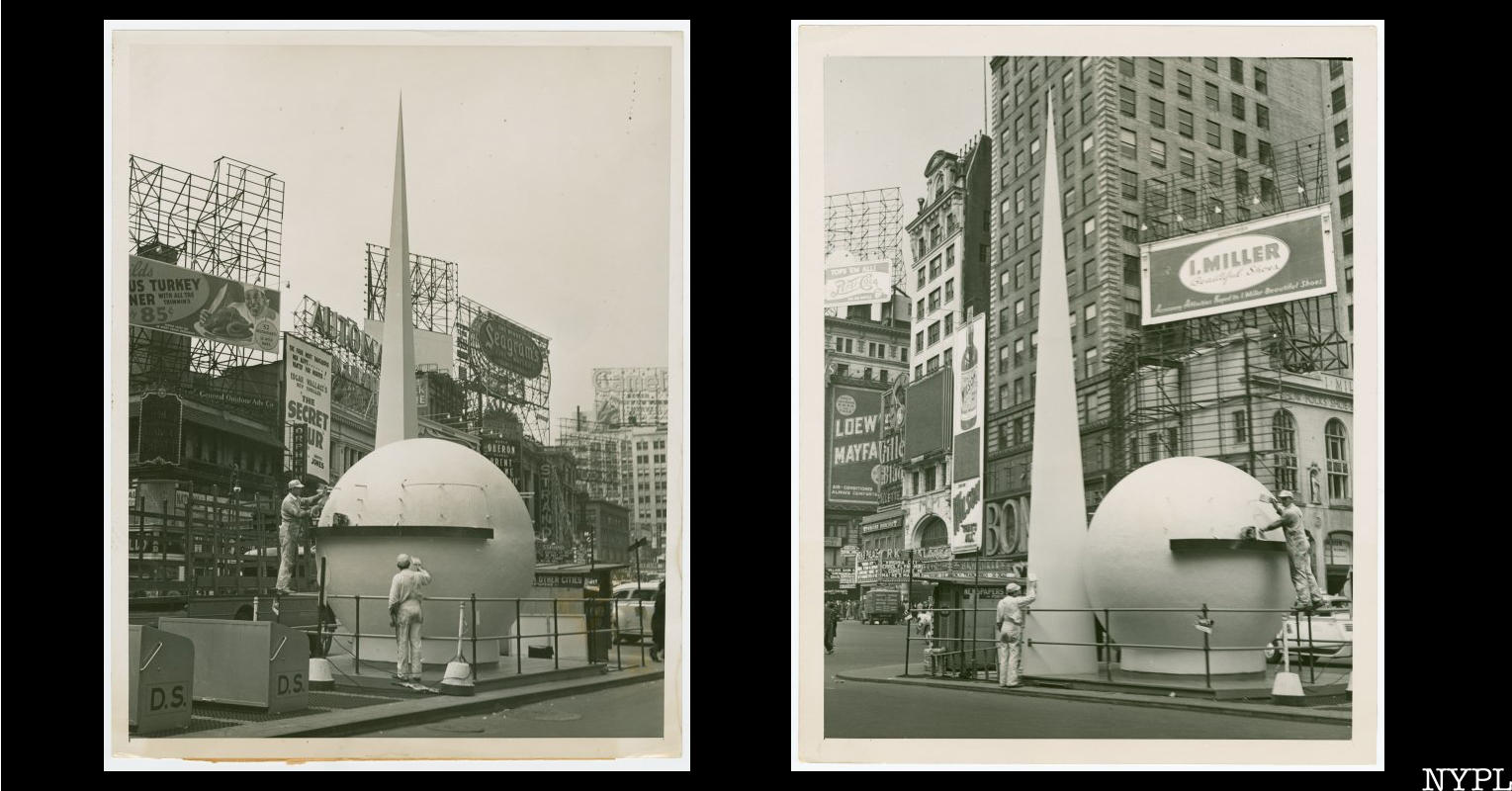 The long lost Trylon and Perisphere were the symbol and centerpiece of New York City’s 1939 World’s Fair in Flushing Meadows-Corona Park. The two structures sat at the center of the fairground’s radial street grid and were featured in just about every form of souvenir you could think of, from pins and ashtrays to salt and pepper shakers and lamps. Miniature replicas of the iconic Trylon and Perisphere were built in Times Square to advertise the fair and provide information to inquiring guests. While neither the miniature nor the full-size versions of the Trylon and Perisphere exist today, there are still many remnants of both New York City’s 1939 and 1964 World’s Fairs. You can learn more about these remnants, and the history of the fairs, on Untapped New York’s in-person walking tours led by Untapped’s Chief Experience Officer and World’s Fair expert, Justin Rivers! Inside the Perisphere at the fair, visitors could ride the world’s largest escalator to get inside and view Democracity, a giant diorama of the ideal city of the future. Inside the mini-Perisphere at Times Square, anyone who was “troubled or confused, as regards to anything pertaining to the World’s Fair” could “just step up and ask for the answer” and “have it in nothing flat,” as a caption for the above photo notes. Loews Metro Goldwyn Meyer sponsored the World’s Fair Information Center in Times Square. Located at 46th Street and Broadway, were just steps away from the Loews State Theater and adjoining Loews Headquarters, both demolished and replaced by the Bertelsmann Building in the 1990s. In the photograph above, workers are giving the booth a fresh coat of paint for the upcoming fair season. In the first year of the fair, a reported half a million people visited the information booth. Image Courtesy of the NYPL

After the fair, the booths were taken down along with the full-size Trylon and Perisphere in Queens. The Unisphere from the 1964 World’s Fair now stands at what once was the central point of the fairgrounds. Though the structures no longer exist in building form, New York City has large Trylon and Perisphere memorabilia collections. At the City Reliquary Museum in Brooklyn, visitors will find an especially unique piece. Trylongs and Perisites by author O’Leahy Oley is a comical “guide to inhospitality” for New Yorkers who “already know too much about the World’s Fair.” The illustrated book gives tips on avoiding and handling tourists and family members flocking to New York to visit the fair. The Trylon and Perisphere embodied the fair’s theme of “The World of Tomorrow,” and eighty years after the World’s Fair closed, we are still intrigued by the imaginative adaptations of their likeness.