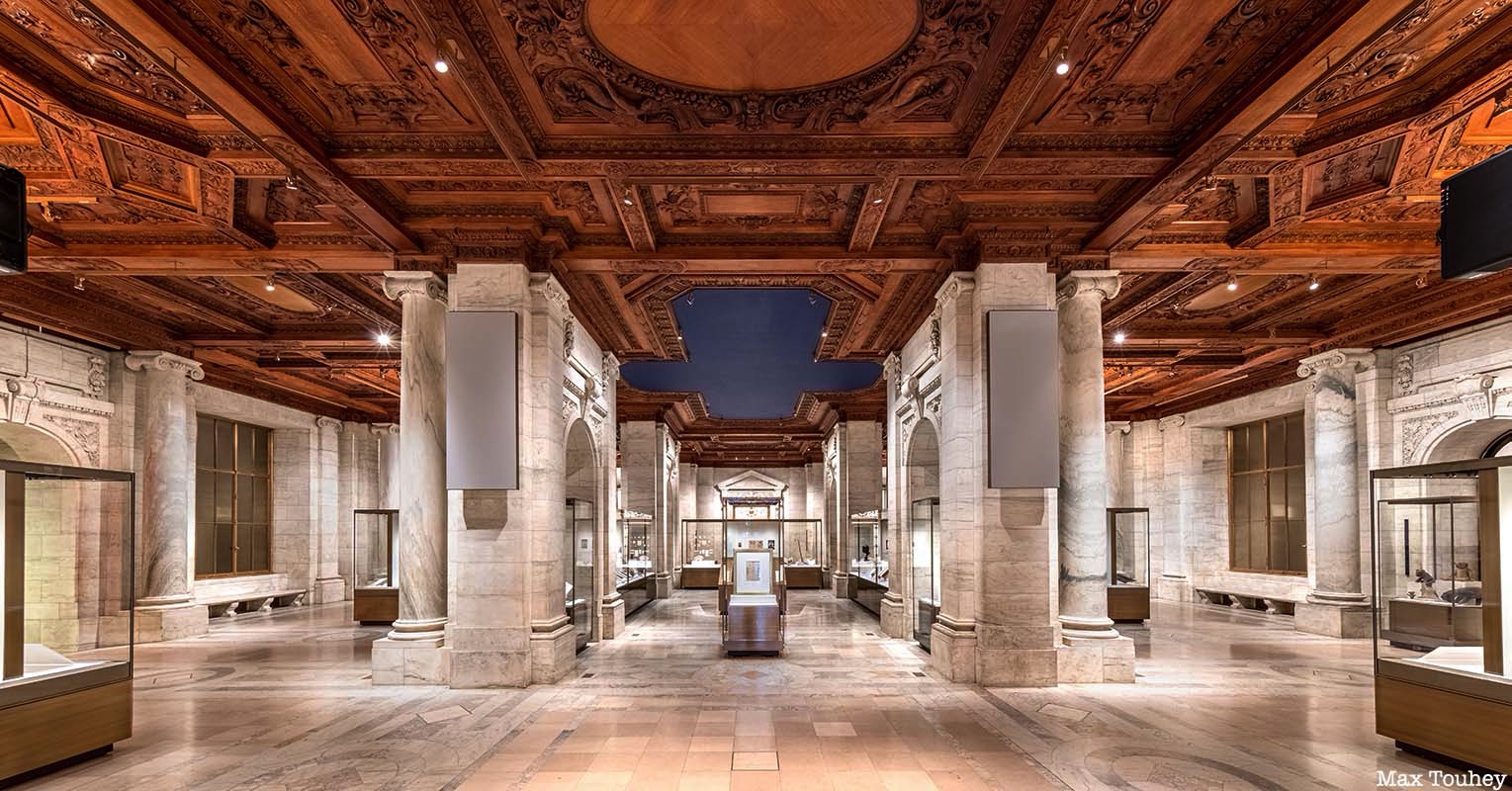 See the New York Public Library like you’ve never seen it before in this sneak peek of its new permanent exhibition, the Polonsky Exhibition of The New York Public Library’s Treasures. The exhibition, which opened on September 24 at the landmarked 42nd Street building, features over 250 objects spanning 4,000 years from the institution’s research collections. The pieces in the exhibition look into “US and NYC history, the performing arts, fine arts, childhood and children’s literature, the history of the written word, and classic literature,” according to the NYPL.

The “Treasures” exhibition features a rotating display of the priceless items in its 45 million item collection such as The Declaration of Independence written in Thomas Jefferson’s hand, the original Bill of Rights, The Gutenberg Bible, the original Winnie-The-Pooh and friends dolls, Virginia Woolf’s walking stick, the collection from the World’s Fair, a letter from Christopher Columbus to King Ferdinand, and more. Additional items of curiosity include a lock of Beethoven’s hair, an original key to the Croton Reservoir, a Berliner Gram-O-Phone, an Underwood & Underwood photography Perfescope for viewing stereograph images, a ballet flat by Coco Chanel, the umbrella belonging to Mary Poppins author P.L. Travers, and Shakespeare’s First Folio.

The new footage was shot by Sky Tech One, a video production and 3D-rendering company based in Long Island City. The video was created using an FPV drone and takes a look at the never-before-seen exterior and interior angles of the Library’s central building. At first, viewers see close-up shots of the Fifth Avenue facade and Fortitude the lion. Then viewers are flown through the front door, first through Astor Hall then Gottesman Hall. After showcasing the exhibit’s interior, the video ends with a shot of the first printed copy of the Declaration of Independence to feature the signers.

“It was an honor to film the largest and most iconic branch of the NYPL,” said Victor Chu, director of the shoot and founder, owner, and executive producer of Sky Tech One. “When we flew, I realized that the building and rooms we were filming had never been filmed like that before. It was such a surreal experience seeing the rows of desks and chairs zoom by and then seeing the view from high above. It was incredible to integrate modern technology and history in this way. It was a dream come true for me, for our pilot, and for the entire team.”

The footage was shot by pilot Justin Namon, with drone technician Rob McEnaney. A longer version of the film, which reveals the entire building, will be released at a later date.

“One of the goals of the exhibition is to encourage critical thinking, curiosity, and a deeper understanding of history and the world around us, a key part of the mission of The New York Public Library, and any public library” said Declan Kiely, the Library’s Director of Special Collections and Exhibitions, who led a team of research staff that curated the exhibition. “We are inviting visitors to explore the past and the present through these objects and from new angles. So it seems appropriate to showcase the exhibition from a completely new angle, as this iconic building has never been seen before.”

The NYPL will be offering a new date for the special after-hours curator tour of the “Treasures” exhibition they gave to to Untapped New York Insiders. Join Insiders and register for this exciting event, which will take place on December 13th at 6 p.m. You can get your first month free using code JOINUS.

Next, check out the Top 10 Secrets of the New York Public Library.