Museum of the Moving Image

Arts & Culture
In recognition of Juneteenth’s vital historical importance, the day was recently made an official New York State Public Holiday last year in 2020. As the first year of Juneteenth’s status as a state public holiday, MANY events across New York City will be occurring to commemorate the day.
Irene Madrigal June 17, 2021 Heart Squared, 2020 Valentines Day Heart installation Welcome to February! There is much to see this month in the public EventsNew YorkNews
Make the most of the unofficial end of summer with our Untapped Picks!
Untapped New York August 30, 2018 Arts & CultureEventsNew YorkNews
In partnership with Rooftop Films and the Museum of the Moving Image, Grand Central Terminal's Vanderbilt Hall will be transformed into a movie theater.
Susan Xu October 12, 2017 Arts & CultureNew YorkNews
An inside look at the Museum of The Moving Image's newest show: The Jim Henson Exhibition– an ode to the man who brought us Sesame Street, The Muppets, and more.
erikastark July 20, 2017 Arts & CultureFood & DrinkGuidesNew YorkNews
While the name Astoria is synonymous with Greek, Astoria today is a diverse, fun place with lots to do. Here is our guide on what to do, see and eat in Astoria.
Shervin Abdolhamidi January 12, 2017 Arts & CultureFilm LocationsNew YorkNews
"Scorsese" is an exhibit at the Museum of the Moving Image in Queens that explores NYC through artifacts and film clips from the acclaimed director.
mabel rosenheck January 10, 2017
Arts & CultureNew York
A guide to the notable events, openings and art fairs during the 2016 Armory Art Week in NYC from PULSE, SCOPE, VOLTA, New City Art Fair, Art on Paper and more.
AFineLyne February 23, 2016
1 2 3 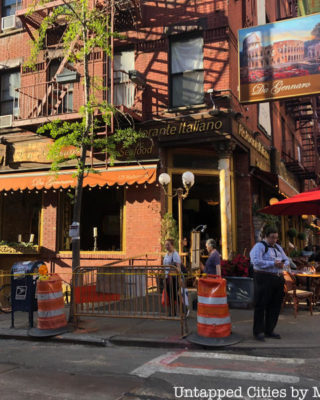