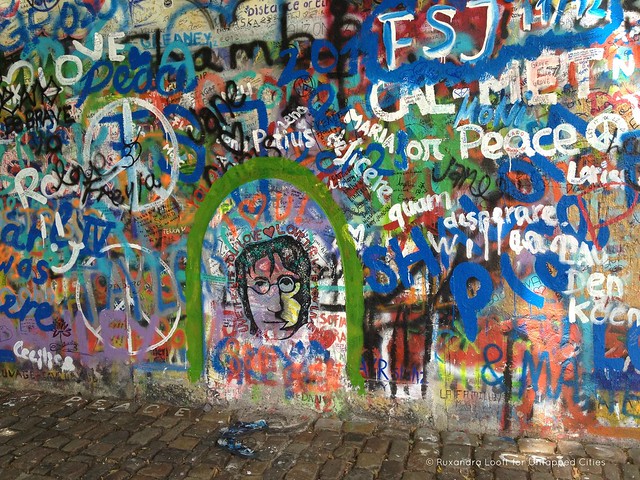 The original portrait of John Lennon that began it all is long lost under the layers of paint, marker, and found objects that now cover the John Lennon Wall in Prague. But inspirational lyrics from popular Beatles songs such as “the sun is up, the sky is blue, it’s beautiful and so are you,”  connect the present day wall to its original incarnation: a place to honor the message of love and peace shared by John Lennon in his work and music.

At a first glance, the wall is overwhelming to take in. Colors, images, pieces of found objects, and words in a multitude of languages cover every available surface. At any given time of day, at least one passerby can be seen adding her handiwork to that of the many artists and visitors to have already left their mark. That is perhaps part of the appeal of the Lennon Wall: in a city filled with ancient treasures and old-world charm, the Lennon Wall is consistently new and current. Its faà§ade is always changing and no visit to the wall is ever like the last. This what makes the wall a curious mix of transience and permanence, at once capturing the impermanence of street art and the tourist experience while also providing a simple subversive message as old as time:

No matter the social or political climate, there will also be a counter culture of idealists and dreamers defying the status quo. 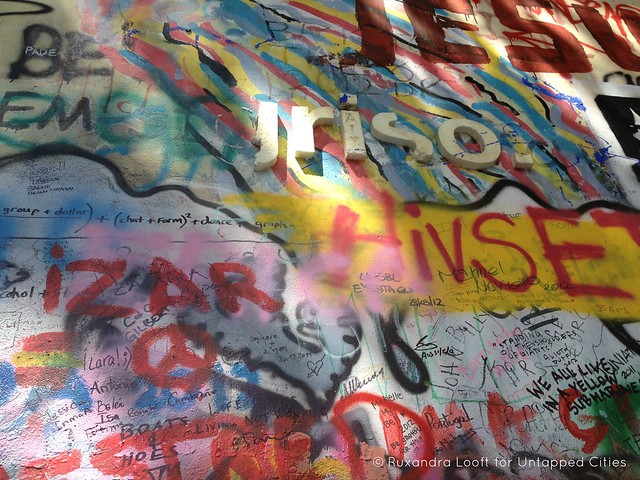 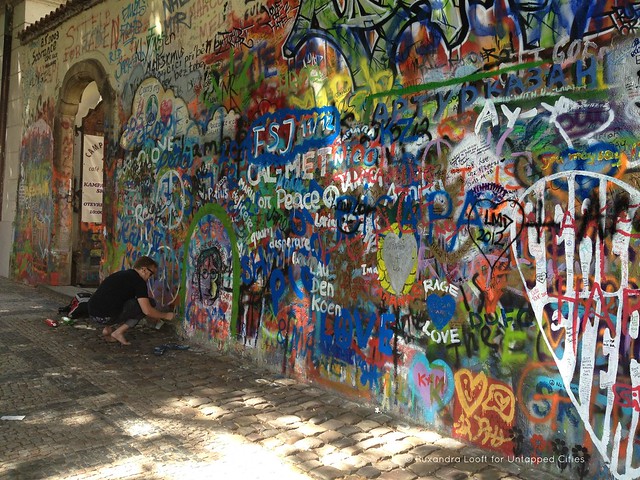 It is from this spirit of idealism and defiance that the Lennon Wall originally came to be. John Lennon served as a symbol of resistance and hope to Czechs under socialist rule. In the 1980s, young Czechs ascribing to a movement called “Lennonism” used the wall as a space to publicly voice grievances and disillusionment with the communist regime. As much as the government tried to censor their words, the wall continued to function as a space of anti-authoritarianism. No matter how often the wall was bleached to rid it of the artwork, graffiti and proclamations would soon cover it once again. Today the wall is owned by the Knights of Malta, who have given up trying to cover the graffiti and have turned it over to the public to function as a living and changing work of art.

One of the most alluring aspects of the Lennon Wall is that it’s not the kind of installation art that only allows the spectator to watch from a distance. There are no admission fees and no ropes keeping idling hands and curious fingers from palpitating the surface. Or from picking up a paintbrush and adding to the existing artwork, their presence woven into the history and story of the wall. 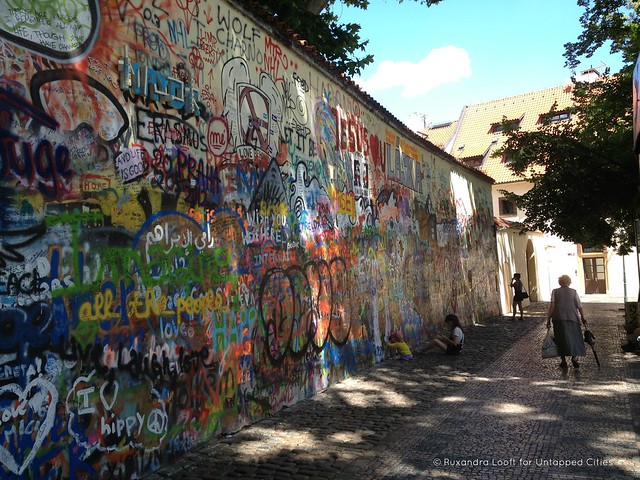 It is a space where visitors of all ages and from all walks of life can leave their mark, if only for a moment, before it inevitably sinks below the surface of fresh layers of images and words. It is a space where the narrative thread is buried underneath blistering and peeling paint with no clear beginning or ending and no monolithic vision or unified voice. A space as bright, colorful, and eclectic as the hands that have added their contributions to it, teasing passersby with the invitation to come out and play. After all, the saying’s on the wall: “The sun is up, the sky is blue, ” ¨it’s beautiful and so are you.” 

Get in touch with the author @SimplyBike.