Last weekend, the world watched as New York City hosted the Formula E Racing’s season finale in Red Hook, Brooklyn. Formula E, one of the world’s largest racing sports, is an environmentally-friendly take on Formula 1 racing, which has been an international sports phenomenon since it was founded in the early 1900s.

Neighboring the Brooklyn Cruise Terminal, last weekend’s Formula E racing captured the full excitement of Formula 1 racing but without one of traditional racing’s most important ingredients: gasoline. Instead of using traditional gasoline engines, the Formula E race cars are powered by huge batteries, which cost nearly a million dollars and weigh over 1,500 pounds. Despite the race lasting a short 45 minutes, many past races involved pit stops and battery changes. 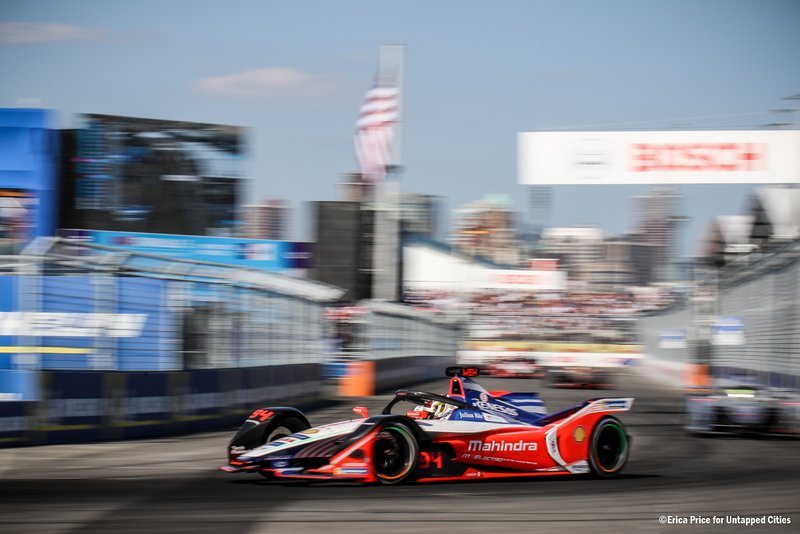 All photos by Erica Price Photography

However, technological improvements have made way for a new era of Formula E racing. Today’s Formula E race cars race around the tracks that are much more narrow than traditional Formula 1 racing and can reach speeds of up to 175 miles per hour, making the sport extremely dangerous. Additionally, many drivers have reported that breaking in traditional Formula 1 race cars in much easier than Formula E’s electric vehicles. This aspect of unpredictability and danger is one of the things that keeps bringing spectators to Formula E races around the world. Since its global debut in Beijing in 2014, Formula E has amassed a massive fan base with 11 teams and 22 drivers participating in what some are calling “the world’s newest racing obsession.” All of this amazement does not come cheap, however, with the event costing between $10–15 million and involving nearly 700 New Yorkers to work around-the-clock to make this event happen. Additionally, during the event, shuttles transport spectators from various bus stations to the track at Brooklyn Cruise Terminal. Saturday in Brooklyn, Swiss driver Sebastien Buemi beat out his competitors to take home first place for the first time in two years. Last year’s winner, Jean-Eric Vergne, suffered a tire puncture and was forced into the pits, losing his valuable points in Saturday’s race. However, Sunday night, Vergne was able to make up the points he was missing and defended his spot as Formula E Racing’s champion. The race was hailed by many fans as one of the most exciting races in Formula E’s short history. At the cruise terminal, there are more experiences for fans than just spectating. At the track, the “Allianz E-Village,” a space dedicated to cultivating immersive fan experience, is home to various meet and greets, vendors, and exhibitions to excite Formula E fans of all ages. Admission to the Allianz E-Village was only $12 and helped make the experience of Formula E racing more immersive than ever before. 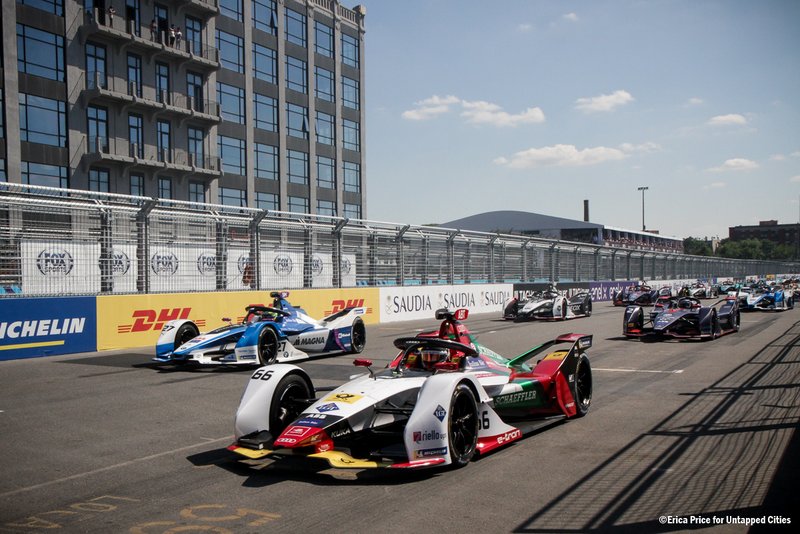 In addition, the “Podium Lounge” gave some fans access to spectacular views of both the Manhattan skyline and the race track. For $390, Podium Lounge spectators were treated to catered food and drinks with an unrivaled view. Although the Podium Lounge and Allianz E-Village cultivated exciting fan experiences, the real excitement came from the races. Vergnes victory in Sunday’s race was a surprise to many fans after his tire malfunction in the previous day’s race. His recovery was remarkable and made for an invigorating and unforgettable race. Check out these other photos caught by Untapped Cities:

All photos by Erica Price Photography