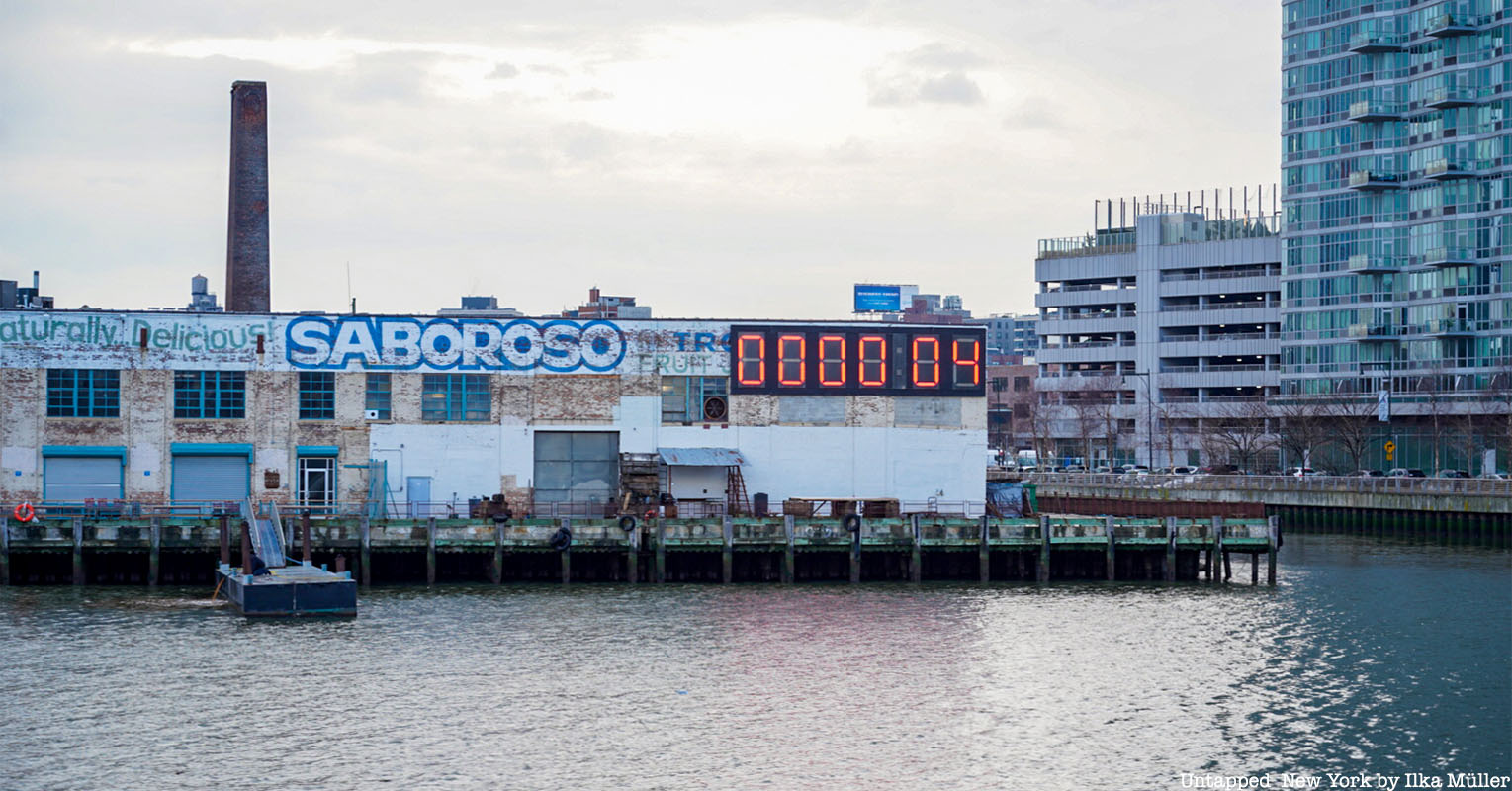 The “Trump Countdown Clock” on the Long Island City waterfront hit zero today, on the day of President-Elect Joe Biden’s inauguration and when President Donald Trump leaves the White House for the last time. The clock was installed in June 2017 and has been digitally counting down the days, with an aesthetic much like the  National Debt clock or the Union Square clock (which is now a Climate Clock). When our photographer Ilka Müller went to visit this morning, it read four hours left (and zero days). When it gets all the way down to zero, it will start blinking.

The Trump Countdown Clock was the brainchild of a group of creatives, including the editor of The Creative Independent Brandon Stosuy, Jade Archuleta-Gans, Matthew Barney, Jane Lea, and lighting designer Kenzan Tsutakawa-Chinn. If you’re looking for it, it’s between the Eleventh Street Basin and the pier at the end of 44 Dr., on the river-facing side of a warehouse. It’s just next to the site where Amazon had hoped to build its New York City headquarters. An ideal way to see it is on the NYC Ferry. When it was finally announced that Joe Biden was projected to win the 2020 Presidential Election, Stosuy wrote on Twitter that “we just might get to unplug this thing after all.” We wrote previously that the artists deliberately did not provide any context of the clock’s relevance to the Trump presidency, nor did they publicize the project very actively. They hoped people would eventually realize the connection between the clock and the White House themselves: “We see it as a civic project, like the national debt clock, and we don’t want it to become about who made it. We figure what it does is clear enough without us elaborating on it. We wanted people to focus on the idea itself,” Stusoy said.

Here’s a look at what the countdown clock has looked like over the last three years of us documenting it: Photo of the Trump countdown clock taken on June 6, 2018 Photo of the Trump countdown clock taken on July 10, 2019 Photo of the Trump countdown clock taken on September 27, 2019. The hours digits were not working that day. Regardless of your politics, the country is entering a period of transition on many fronts. The same with this Trump Countdown Clock. Stusoy says they will “just turn it off once it hit zero.” Will it get a new life? We’ll see!