The encyclopedia of the art and architecture in the New York City subway is slowly being composed by one man who travels to every subway station and sketches every detail. Philip Coppola’s drawings are the foundation of a six-part series of self-published, handmade limited edition volumes, entitled Silver Connections. For the first time ever, Coppola’s original sketchbooks and drawings are on view to the public at the New York Transit Museum Annex Gallery in Grand Central Terminal. The brand new exhibit is entitled Silver Connections: Subway Drawings by Philip Ashforth Coppola.

Coppola’s current encyclopedia volumes total nearly 2,000 pages. Beginning in 1984, he has been sketching the intricate mosaic and terra-cotta qualities of New York City subway stations into his thin spiral bound notebooks. He currently has visited and documented 110 stations to date, but he still has 362 more stations to go. Coppola, who is now 70 years old, estimates the extensive project to be completed in 2030. 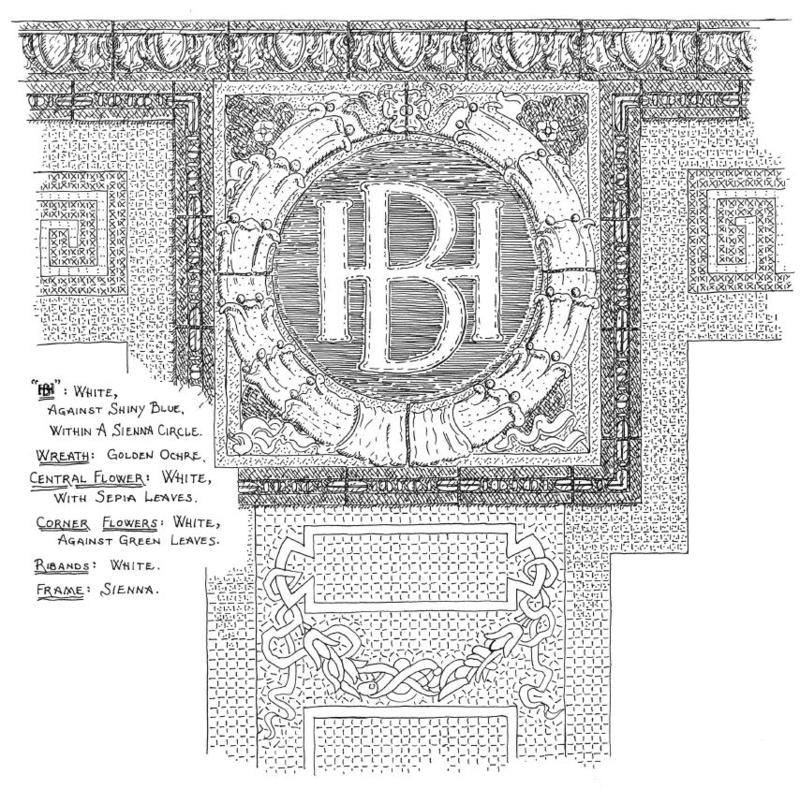 In addition to spending a significant amount of time documenting the stations by visiting them in person, Coppola also spends nights and weekends researching the historic architectural details of the New York City subway system at the New York Public Library. Coppola has made it his life long mission to review old records that trace the history of subway lines from the early 20th century to the present.

Each sketch is meticulously accurate, even to the point where Coppola brings along tape measure to measure the exact dimensions of the area that he is sketching. He counts every single mosaic tile, every pillar, and takes his time documenting the ornate details with consistent accuracy.

His slow and steady process is visually documented in One Track Mind, a 2005 documentary short created by Jeremy Workman and Joshua Bogatin. The documentary follows Coppola as he documents and sketches the cathedrals of mosaic, faïence, terra cotta, tile, and steel found in New York City subway stations. The documentary will be available for viewing at the new exhibit in Grand Central Terminal, which will also feature historic examples of mosaic and terra-cotta from the New York Transit Museum’s collection. In addition to the documentary and the exhibit highlighting his work, a new book will be released about Coppola’s work by Princeton Architectural Press this spring. The book is available for pre-sale at the New York Transit Museum stores starting on February 27. Coppola’s documentation of the New York Subway station is decades in the making, and will provide New Yorkers with an accurate encyclopedia of the artisanship dispersed through the unnoticed subway walls.

Silver Connections: Subway Drawings by Philip Ashforth Coppola is on view from February 28 – June 24, 2018. For more information on the exhibit, visit NYtransitmuseum.org.

For more history and secrets about the NYC Subway, join us for our upcoming tour:

Next, read Fun Facts About the Opening Day of the NYC Subway and 20 Original Examples of NYC Subway Art.