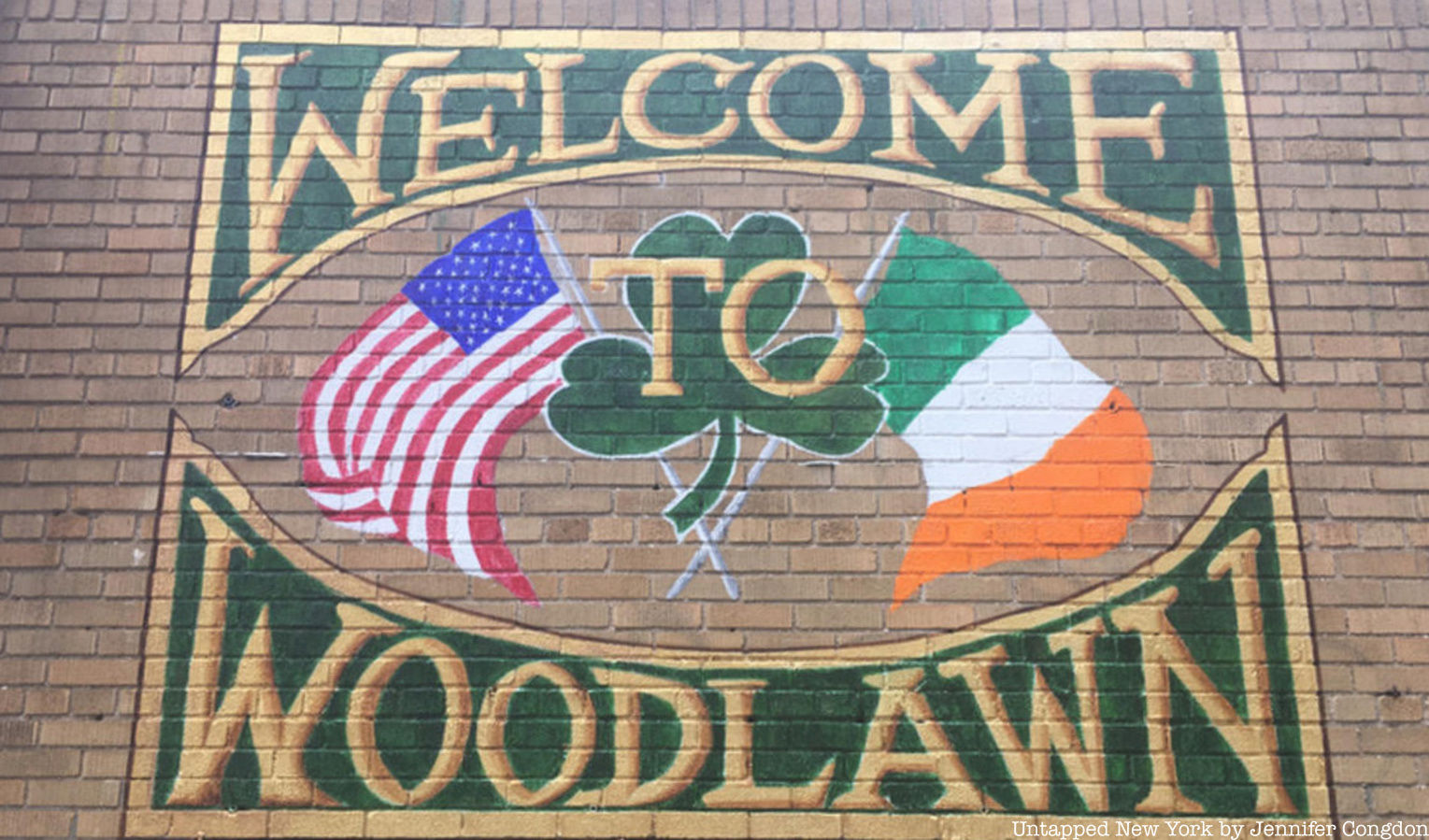 Green clovers and the Irish flag are common sights along the streets of a tiny enclave on the Bronx-Westchester border. Spanning parts of both Woodlawn and Yonkers, this border area is known as New York’s “Little Ireland.” Much of Little Ireland is concentrated along Katonah Avenue and McLean Avenue, which separate the two counties. The many Irish pubs, grocers, community centers, and travel agencies of “The Emerald Mile,” are evidence of a long history and lasting Irish presence and pride in the community.

Many of New York City’s early Irish immigrants arrived after fleeing the Irish Potato Famine. Through the 1850s and 1860s, however, life in New York City was still rough for Irish immigrants. During the city’s 1863 anti-draft riots, Irish Catholics rioted against police and pro-war politicians who were often important Irish leaders. Many lived in small homes and worked laborious blue-collar jobs until they gained enough funds to move from areas like Hell’s Kitchen and Five Points to outer boroughs, including Bay Ridge and Woodlawn.

The Bronx was particularly appealing to Irish families because of Fordham University and Manhattan College, both of which have large Irish demographics today. Woodlawn, which is located north of Van Cortlandt Park, was originally a predominantly German neighborhood, but over the last century, it has become increasingly Irish. Among the German and Irish populations, there has also been a small Italian demographic as well.

Many of the original Bronx Irish residents came to work on construction projects including the High Bridge and New York and Harlem Railroad. With the Great Depression of the 1930s, many Irish residents developed and joined Catholic churches across the borough, with quite a few Irish-owned small businesses scattered in neighborhoods like Mott Haven and Pelham Parkway.

The Little Ireland neighborhood in the Bronx is one of the only Irish enclaves in New York City that still attracts recent Irish immigrants. The neighborhood has a mix of Irish-American families who have been there for generations, and new arrivals. This is thanks in part to the Emerald Isle Immigration Center. Many businesses along McLean Avenue have been owned and operated by locals for decades, some of which are now a part of the McLean Avenue Merchants Association. Aisling Irish Community & Cultural Center has been preserving Irish culture and history since its founding in the early 1990s, hosting photography exhibits, Irish dancing classes, Irish language courses, and scholarships for American students to visit Ireland. Tully Travel also advertises various travel and culinary tours of the Emerald Isle.

Many Irish pubs and restaurants, covered with Irish flags and shamrocks, fill the two avenues. One of the more popular breakfast and lunch spots is the Irish Coffee Shop, known for its Irish breakfast with black and white pudding and Irish bacon, as well as dishes like shepherd’s pie and chicken curry. Rory Dolan’s is one of the largest restaurants on McLean Avenue, serving up comfort foods like Dublin-style fish and chips, steak and mushroom pie, and pan-seared calves livers. Keane’s is another classic pub-style eatery with steaks and pasta in addition to classic Irish fare. Other notable Irish American spots include Rambling House, Saints and Scholars, Heritage Bar & Restaurant, and Moriarty’s. A number of convenience stores in the area also offer a wide range of Irish and British products rarely found in New York City. These include a Tesco Convenience Store, Irish Food Market, Woodlawn Gift Shop, and Irish Mini Market.

Next, check out the Top 10 Secrets of Woodlawn Cemetery and  18 microneighborhoods in the 5 boroughs of NYC.