There are tons of secrets about Grand Central Terminal, and we should know! Our tour of its secrets is one of our most popular experiences, and we’re always discovering new things. One of our favorite secrets that we haven’t written about yet is that there is a hidden staircase inside the center information kiosk in the atrium which goes down to the lower concourse level. Under the feet of the Metro North workers who answer questions for tourists and locals is a trap door, under which extends a spiral brass staircase. It is said that it’s a quick way for workers to go between levels, but in fact, before 9/11, there was no entrance to the kiosk on the main concourse level. After 9/11, the door was added in case of emergency. Besides the metal banisters, it’s pretty no-frills inside, and a photograph from the Epoch Times shows a worn down chair, a fan, a garbage can, and a portrait of Jesus. 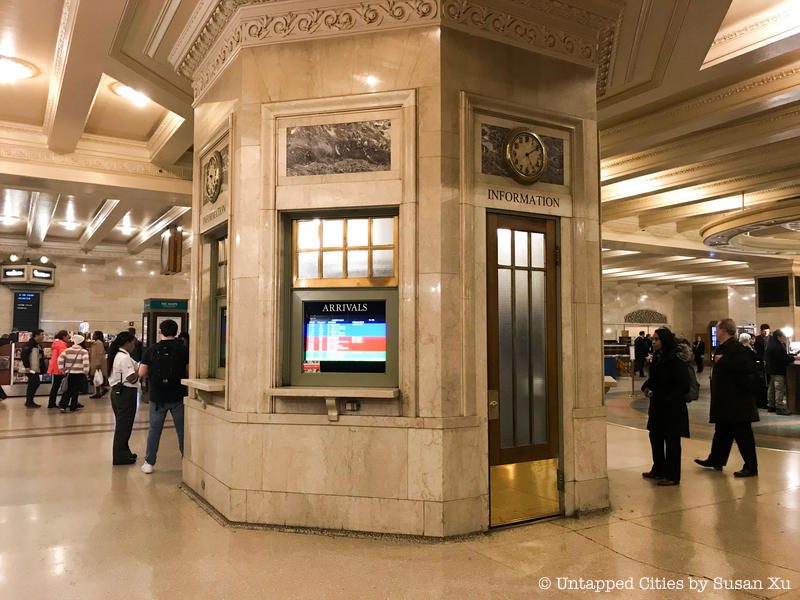 Also did you know that the Grand Central clock is not actually worth $20 million! Read about how we debunked that myth. If you like secrets like these, join us on our next tour of the Secrets of Grand Central Terminal:

Next, check out the Top 10 Secrets of Grand Central Terminal and peek inside the not-so-secret lost and found facility!