Creating the grid layout of the Manhattan we know today was a thankless task. In 1808 that task fell to John Randel Jr., the secretary, surveyor and chief engineer for New York City’s street commissioners. Randel Jr. spent years traversing New York City planting metal bolts at nearly 1,000 proposed intersections. Over the decades, history enthusiasts have made finding Randel’s bolts a treasure hunt, but so far only one authentic bolt has been found in Central Park.

From 1808 to 1811 John Randel Jr. traipsed across the island of Manhattan envisioning how the growing web of the city could be turned into an orderly and modern grid. After his massive, hand-drawn plans were submitted in March of 1811, Randel Jr. spent several more years marking his proposed street intersections with metal bolts and reportedly getting pelted with vegetables and chased by the dogs of angry landowners whose properties would be destroyed by the encroaching grid. Some defiant landowners would even tear the bolts from the ground.

Commissioner’s Map of 1811. Photograph taken from original in Library of Congress.

In the summer of 2004 geography professor Reuben Sky Rose-Redwood and New York surveyor J. R. Lemuel Morrison scoured Central Park for remnants of John Randel Jr.’s survey. Since the park was not included in Randel’s original plan, it was the most likely location to find leftover bolts. After a few false alarms, Rose-Redwood and Morrison finally found what they believed to be an authentic Randel Jr. bolt from the early 1800s. The exact location of the bolt is never shared for fear that this priceless piece of history will be stolen, destroyed or damaged. If you do your research you can find it, like we did, but please be respectful if you do. 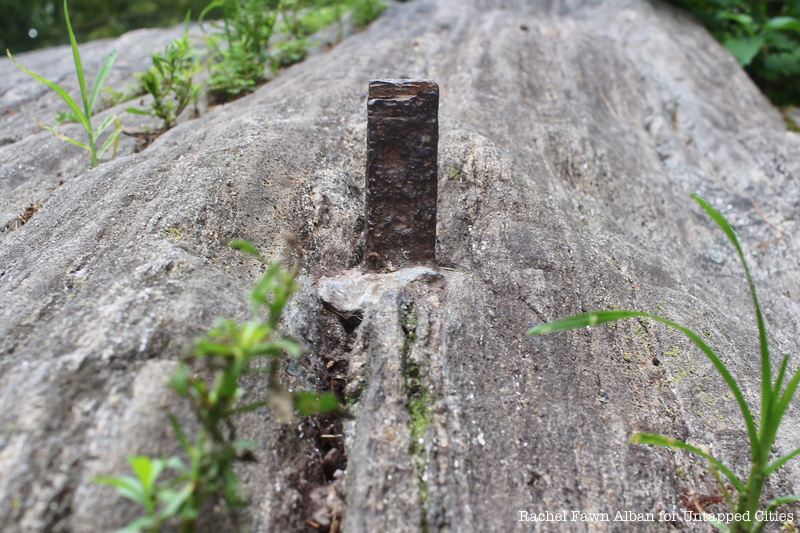 The Central Park survey bolt is the only bolt that has been deemed authentic, though people have claimed to find bolts in other New York City parks.

Learn more Secrets of Central Park on our Walking Tour!